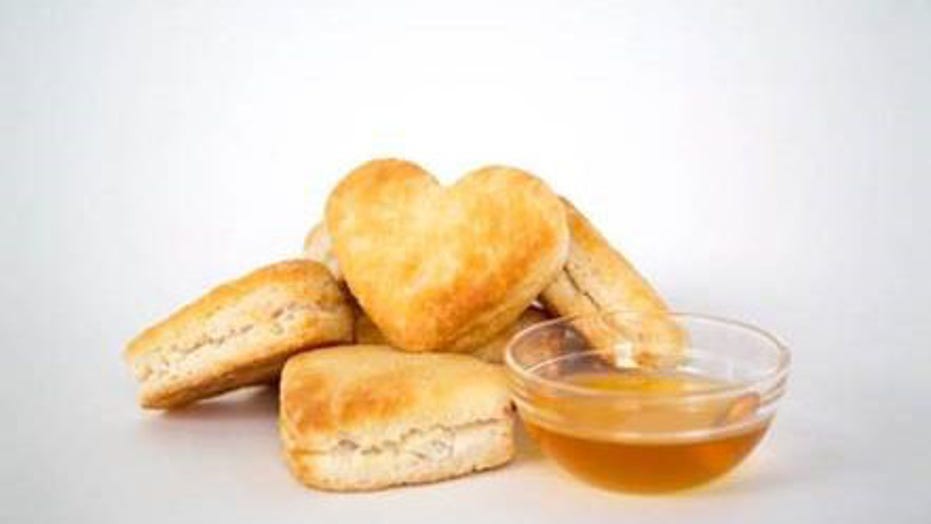 People who love Popeyes biscuits are about to get a little love back.

The fast-food chain announced that, in honor of National Biscuit Day, they will be releasing heart-shaped versions of their popular biscuits, which Popeyes has nicknamed "Love That" Biscuits, after the restaurant's "love that chicken from Popeyes" slogan.

Anyone looking to celebrate had better act fast, however, as the unique side dish will only be available for one day, and only in certain markets.

“Popeyes ‘Love That’ Biscuit will be available on May 14th and comes with all regular meals, combos and platters while supplies last at participating Popeyes locations in Chicago, Los Angeles, New Orleans and New York," a spokesperson for Popeyes said in a press release.

The press release also notes that the chicken chain sold more than 292 million biscuits in 2018, or about 12 biscuits every second.

This isn’t the first time that the chain has gotten emotional with their customers. In December, they announced a limited edition “Emotional Support Chicken” carrier, which was offered to travelers at the Philadelphia International Airport. The box was shaped like a chicken and contained information about its “comforting” effects on travelers.

Also, in October, four Popeyes restaurants held a one-day promotion where they sold chicken wings covered with champagne batter and golden flakes. The 24 Karat Champagne Wings were part of the celebration for the opening of the chain’s 3,000th location.