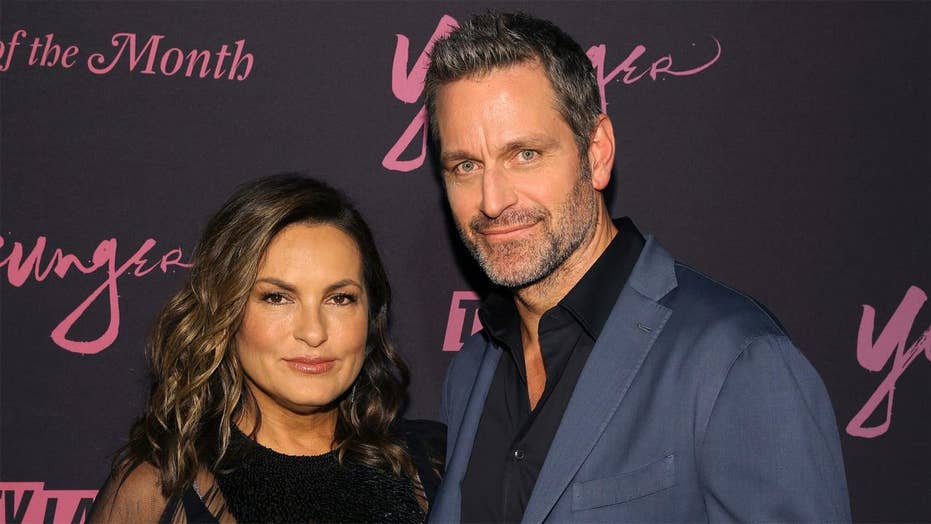 ‘Younger’ star Peter Hermann gets candid on his 15-year marriage to Mariska Hargitay: ‘We got this’

Peter Hermann has plenty of reasons to celebrate these days.

Coming up on Aug. 28 is the actor’s 15-year wedding anniversary to actress and "Law & Order" star Mariska Hargitay. The couple, who have been together for 18 years, tied the knot back in 2004 and are now proud parents to three children.

If that weren’t enough, Hermann’s TV Land series, “Younger,” was recently renewed for a seventh season, making it the longest-running original series for the cable network. “Younger,” which also stars Sutton Foster, Hilary Duff and Debi Mazar, among others, explores how an editor named Liza Miller (Foster) navigates the competitive world of publishing, all while juggling personal relationships. Hermann, 51, plays Charles, Miller’s ex-boss and love interest.

Hermann spoke to Fox News about his lasting marriage to Hargitay, 55, how his relationship with Foster has changed over the years and how he overcame the one scene that made him truly nervous.

Fox News: How do you and Mariska Hargitay make it work with two high-profile careers?
Peter Hermann: My answer to that is always: It depends on the day. And I think that we make it work like everybody bumping their way through a marriage, you know? Sometimes we are wonderfully elegant in the way we make it work and sometimes we're not at all, and it devolves into, "Why didn't you pack the right sneakers?" Or, "I thought you got lunch ready."

And then sometimes we look at each other and we're like, "Wow, we're doing this, we got this, this is OK." But, the fact is, we just get to do it together (...) and I cannot tell you what a gift it is to get to do all of it with her.

Fox News: What's the silliest thing you two have ever had a disagreement on?
Hermann: Well, I'll tell you this, the silliest thing is that, at the moment, it is anything but silly. It's so serious and the whole world hinges on whether this wallpaper or that wallpaper or whether it's OK to leave the toothpaste cap off because you're going to use it that night again, or whether it should really go back on.

Everything that is right and good in the universe hinges on this one moment and whether you can actually make yourself clear to this person. And so, you name the silly thing, and we've disagreed about it, and I'm sure nobody out there can relate to that at all.

Mariska Hargitay and Peter Hermann at State of the Union Dinner on Jan. 28, 2008, in New York City. (Photo by Patrick McMullan/Patrick McMullan via Getty Images)

Fox News: “Younger” has just been picked up for a seventh season. How surprised are you to learn that fans just can't get enough of the series?
Hermann: The thing that I like so much is I think we all really love the show together. We love it as much as they love it, right? And I think that we all, as a cast, feel incredibly lucky to be on there. We have this deep affection for the show and I think that comes across. And so, it's really nice to have a lot of people to love the show with.

Fox News: How has your relationship with castmate Sutton Foster changed over the years?
Hermann: It has gone from great respect to really, really, really deep and great and far-reaching respect. I, obviously, knew who she was, going into the show, but I have watched her be the mayor of our set for seven seasons now and she's really remarkable. And, there's the work ethic, which is really quite something, and just a level of professionalism that she dictates, but also just a level of optimism that she dictates.

RON HOWARD ON MARRYING HIS HIGH SCHOOL SWEETHEART: 'THERE WAS NEVER ANYBODY ELSE'

And it's always really nice because if you have number one on the call sheet, which she is, who doesn't complain and who brings it every day, then nobody else feels that they have the right to complain, and that makes for a really, really great set. And she's just so preposterously talented. And I saw her do... "Sweet Charity," and that was just fantastic. Now she's headed to Broadway with Hugh Jackman and "The Music Man." She's really quite something.

Fox News: What do you think is the secret behind the undeniable chemistry found within the cast?
Hermann: I think the secret is we got really lucky. And I think that [producer] Darren [Star] put together a good group of people that he believed in. He is obviously very adept at putting his finger on a kind of cultural pulse where he lets shows really speak to a cultural moment...  And so, there's a kind of a special sauce, pixie dust recipe in there that none of us have quite figured out. But it's fun to be in the recipe.

Peter Hermann (left) said he panicked when it came time to filming a ballroom scene for "Younger." — TV Land

Fox News: Was there ever a scene where you panicked because you weren't sure how you would prepare for it?
Hermann: Well, there was the ballroom dancing, that was quite something to read that in the script. And it's not just ballroom dancing, it's ballroom dancing with Sutton Foster. It's like, "Go play some tennis with Roger Federer." It's quite something and so you very much want it to be good. I went to work with a teacher to prep me, to get me a little bit up to speed for that scene and, amazingly, it was actually a teacher that Sutton recommended to me. ... Reading that [scene] caused a not insignificant degree of panic in me, but it was fun to do.

TED DANSON IS 'MADLY IN LOVE' WITH MARY STEENBURGEN: 'IT FEELS LIKE HEAVEN ON EARTH

Sutton Foster made her mark on Broadway before starring in "Younger." — TV Land

Fox News: Looking back, was there ever a time in your career where you felt like giving up because things weren't going your way?
Hermann: We joke as actors that no matter how long you've been on a show or how much you've done, whenever something ends, there is this reflex of "I'll never work again." And I think because we're all, I think, sort of vaguely traumatized by the long audition process and so many "nos" that we have gotten throughout our career, we've developed a pretty thick skin for that feeling that you're talking about. But we just keep on trucking along.