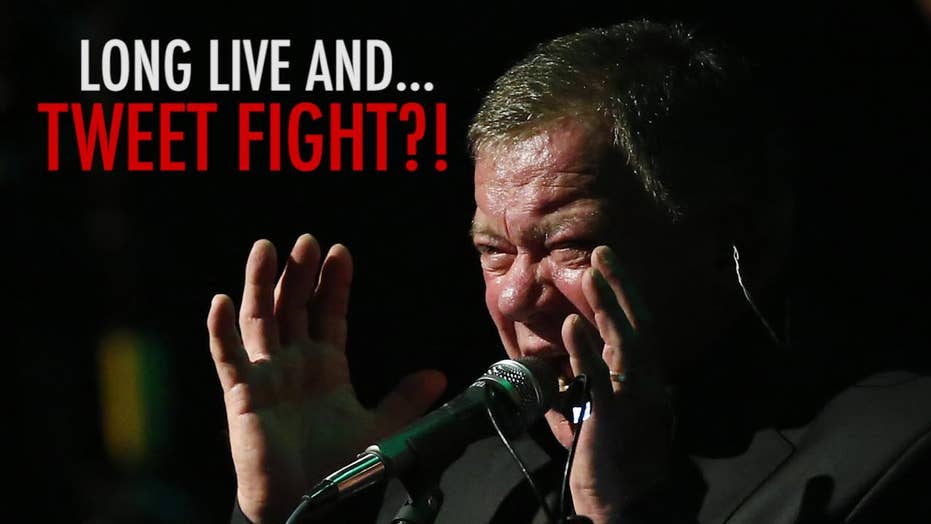 Former “Star Trek” actor William Shatner has taken a hard stance on the ongoing controversy surrounding the Christmas song “Baby It’s Cold Outside” to both the joy and dismay of his fans.

As previously reported, the song has been removed by some radio stations over claims that the song deals with a woman saying “no” to a man’s advances and him persisting. The 87-year-old actor took to Twitter on Tuesday to urge fans to call into CBC radio after it announced that it would remove the holiday song from the airwaves to demand they play it.

“Call in to CBC radio all day and get them to play ‘Baby It’s Cold Outside’ over and over until midnight!” Shatner wrote.

The former “T.J. Hooker” lead continued to engage with fans on the issue, explaining that he’s worried about the “myopic glasses” that the classic song is being viewed through in 2018.

“C’mon Bill. Isn’t there something, anything, you can find that is more important to rally for?” one user questioned.

SINGER DEFENDS 'BABY IT'S COLD OUTSIDE' AFTER RADIO BANS SONG

“I would think that censorship of classics because certain “types” need to judge things through their own 2018 myopic glasses and demand they be stricken from history is important.  Or is this 1984 only 34 years too late?” the star shot back.

Fans were quick to continue to debate the highly contentious issue before Shatner chimed in again to make it clear that he actually believes what he’s saying.

He didn’t relent when confronted with CBC Music’s report that it is restoring the song to the airwaves either.

“I’d still call and request the song be played just to stick it to the Myopia Censorship Club members!” he wrote.

Shatner continued to argue with disgruntled fans noting that the original 1949 choreography for the song is more indicative of the song’s sweeter intentions.

“Have you watched the original choreography, myopic Peter or are you one of those who needs to take the lyrics & extrapolate worst case? You must clutch your pearls over rap music,” he wrote along with a video of the song being sung in the film “Neptune’s Daughter.”

He continued: “The choreography is the interpretation of the lyrics from the timeframe when it was written(1940’s.) If 2018 prudes want to interpret the lyrics as something else; the problem obviously lies in their own minds not in the original lyrics.”

It’s worth noting that, while Shatner responded to his critics, several people were on board with his call to defend the controversial song and make attempts to restore it to the radio waves.

“Let’s get em Bill!” another wrote.

When it comes to talking about Christmas music, Shatner is not speaking from an uneducated place. Earlier this year, he released his first ever Christmas album, "Shatner Claus," in which he collaborated with several other musicians to cover a slew of classic holiday songs. However, "Baby It's Cold Outside" was not one of them.

“It’s moving, and the reviews have been extraordinary and I’m very gratified by that,” Shatner told Fox News of the album. “I think people will have a wonderful evening listening to this album. It’s a really joyful celebration of Christmas.”