WDOK 102.1 a radio station in Cleveland, Ohio has pulled the Christmas song “Baby its cold outside” after listeners complained the song promoted rape culture.

A California radio station has reversed its decision to stop playing “Baby It's Cold Outside” over controversial lyrics in the age of the #MeToo movement after the overwhelming majority of listeners said they opposed the ban.

KOIT radio station Program Director Brian Figula said in a statement on Monday that the reversal came after hearing out thousands of listeners and concluding “that the vast majority consider the song to be a valuable part of their holiday tradition, and they still want to hear it on the radio.”

The station polled the listeners, with more than three quarters saying they oppose banning the song from the station’s daily playlist.

“KOIT's listeners have spoken, and the overwhelming message is they do want to hear 'Baby, It's Cold Outside' on our station, as they have throughout the years,” he said.

“More than seven out of every 10 listeners who responded said although some lyrics of the song may reflect a different era and a different sensibility than today, still they love the tradition and history of the song, and want to hear it as part of their holiday season,” he added.

KOIT previously purged the song on Dec. 3 after receiving “complaints” from listeners, who pointed out that the song contains troubling lyrics and may send a wrong message about consent.

In the 1944 tune, written by Frank Loesser that has been covered by many artists, a female sings: “I really can’t stay,” to which a man responds: “But baby, it’s cold outside.”

In another part of a song, a woman is heard singing lines like “Say what's in this drink?”, “The answer is no” and “I've gotta get home.”

The station’s initial move to scrap the song came after Cleveland station WDOK removed the tune after one listener called in and suggested that it’s not appropriate to play the 1940s classic in 2018.

“It wasn't really our decision,” WDOK host Desiray told Fox 8. “It's the decision of our listeners.”

KOSI 101 in Denver also temporarily scrapped the song, but listeners overwhelmingly voted against the plan to permanently ban the song. The station said that the poll, which attracted about 15,000 responses, “showed overwhelmingly that KOSI 101.1 listeners were in favor of the holiday classic returning to the air.”

“Respondents voted 95 percent in favor of us keeping the song as part of KOSI 101.1’s tradition of playing all of your holiday favorites,” KOSI 101.1 program director, Jim Lawson, said. “While we are sensitive to those who may be upset by some of the lyrics, the majority of our listeners have expressed their interpretation of the song to be non-offensive.” 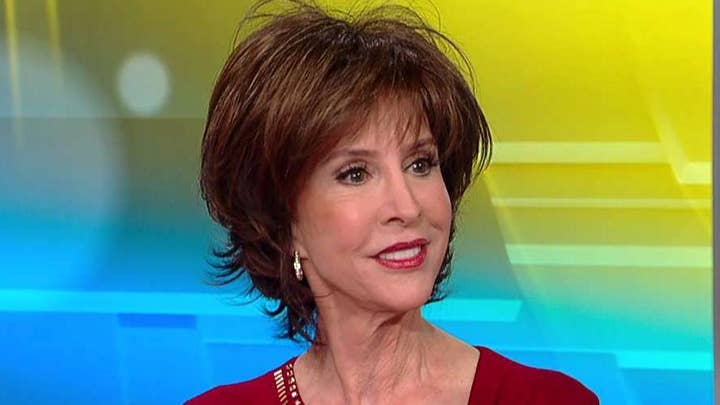 The controversy over the song prompted Dean Martin’s daughter to announce that she will continue singing the classic in front of audiences.

Deana Martin appeared on “Fox & Friends” Monday, criticizing the attempts to ban the song, which her father so famously performed.

“I was absolutely flabbergasted,” she said. “It’s just insane. When I heard it, I said, ‘This can’t possibly be.’ You know, it’s a sweet, flirty, fun holiday song that’s been around for 40 years for my dad. He did it in ’59. But when I saw it, I tweeted, ‘I think this is crazy. What do you think?’ And then all of a sudden, it went viral.”

“I know my dad would be going insane right now,” she said of the controversy. “He would say, ‘What’s the matter with you? Get over it. It’s just a fun song.’ 'Cause he was so sweet anyway. … He was a great guy. Fun guy. Nice. And he wouldn’t want to do anything offensive. That wasn’t Dean Martin. So this has just been outrageous.”