Chris Rock returned to the comedy stage just three days after he was slapped by Will Smith at the 94th Academy Awards.

Now that slap to Rock's face after a joke about Smith's wife is shaking up the comedy industry and could have an impact far beyond the Oscars stage.

"Jada, I love you. ‘G.I. Jane 2,’ can’t wait to see it," the comedian said to Jada Pinkett Smith, whose close-shaven head looked similar to actress Demi Moore's in the 1997 movie.

Whether Rock was aware that she has a hair-loss condition is unknown, but Smith reacted with the viral smack and an angry warning to "keep my wife’s name out your f—king mouth," a phrase he shouted twice.

While Smith was tearful when he accepted his best actor win for his portrayal of Venus and Serena Williams’ father, Richard Williams in "King Richard," Smith was welcomed to the Oscars stage with a standing ovation from his Hollywood peers and was subsequently cheered after delivering his impassioned speech.

Rock managed to remain poised to present the award for best documentary to Questlove, who directed "Summer Of Soul (…Or The Revolution Could Not Be Televised)," a film about the 1969 Harlem Cultural Festival.

Still, comedians and performers alike are torn on the message sent by the Academy for not punishing Smith on the spot.

The Los Angeles Police Department said it was aware of the incident, but Rock had declined to file a police report. Oscars co-executive producer Will Packer also said the LAPD was fully prepared to arrest Smith right then and there following the smack.

Furthermore, the Academy has doubled down on their claim that they asked Smith to leave the venue, but he refused.

For his action, Smith resigned from the film Academy on Friday in a shocking decision that he said left him "heartbroken" in a statement provided to Fox News Digital.

"I have directly responded to the Academy’s disciplinary hearing notice, and I will fully accept any and all consequences for my conduct. My actions at the 94th Academy Awards presentation were shocking, painful, and inexcusable. The list of those I have hurt is long and includes Chris, his family, many of my dear friends and loved ones, all those in attendance, and global audiences at home. I betrayed the trust of the Academy," Smith said.

Actor/comedian Chris Rock enters the Wilbur Theater in Boston for the first of his two sold-out performances on March 30, 2022. Three days earlier, Rock was slapped by Will Smith at the Academy Awards.  (Photo by Barry Chin/The Boston Globe via Getty Images)

"I deprived other nominees and winners of their opportunity to celebrate and be celebrated for their extraordinary work. I am heartbroken. I want to put the focus back on those who deserve attention for their achievements and allow the Academy to get back to the incredible work it does to support creativity and artistry in film. So, I am resigning from membership in the Academy of Motion Picture Arts and Sciences, and will accept any further consequences the Board deems appropriate."

"Change takes time and I am committed to doing the work to ensure that I never again allow violence to overtake reason," Smith added.

At any rate, industry staples say the viral assault against the "Everybody Hates Chris" star left a lasting imprint greater than just Smith and Rock – but the business as a whole because if the idea of "cancel culture" wasn’t enough for standup performers to already have to be wary of – performers now say they’ve got to keep their heads on swivels for any Schmoes who may want to make a Smith-like move after taking offense to a joke or bit done in a public setting.

"Will Smith committed assault on live television in front of tens of millions of people, but then was allowed to remain at the event after refusing to leave, make a lengthy speech accepting his award and then party into the night with impunity. Pretty much every other person in this country would have been led away in handcuffs and spent the night in jail after storming the stage and physically attacking Chris Rock."

The attack left many in the industry thinking twice about whether they want to perform in close proximity to fans – a sentiment that was expressed by "The Talk" co-host, Sheryl Underwood.

Stephen Coughlin, 31, shows off his custom-made shirt calling attention to the incident between comedian Chris Rock and actor Will Smith from the Oscars as he waited in line to see Rock perform at The Wilbur Theatre in Boston, Massachusetts on March 30, 2022. (Photo by JOSEPH PREZIOSO/AFP via Getty Images)

"No one went up to Chris Rock and said, ‘Are you OK?’" Underwood said on the show Tuesday. "I’m going to say this as a comic, I am afraid now to get on a stage, because in my third show, when everyone’s been drinking, if you don’t like my joke, do you now believe that you can get up and slap me? There’s got to be accountability quicker."

Fellow comedian Kathy Griffin also tweeted at the time of the smack that the incident is just the tip of the iceberg for live stage performers who may deal with hecklers and now possible copycats, writing, "now we all have to worry about who wants to be the next Will Smith in comedy clubs and theaters."

Niermann sides with the industry and pressed to Fox News Digital that the looming question is now centered on where the line is drawn for action versus the consequence of said action.

"The issue of Smith’s bad behavior is going to dog him for some time and will likely remain a hotly debated topic in the media," the crisis manager said. "The horrifying spectacle of a mega-star striking a comedian on-stage will prompt lots of discussion about what our society deems as acceptable or punishable behavior." 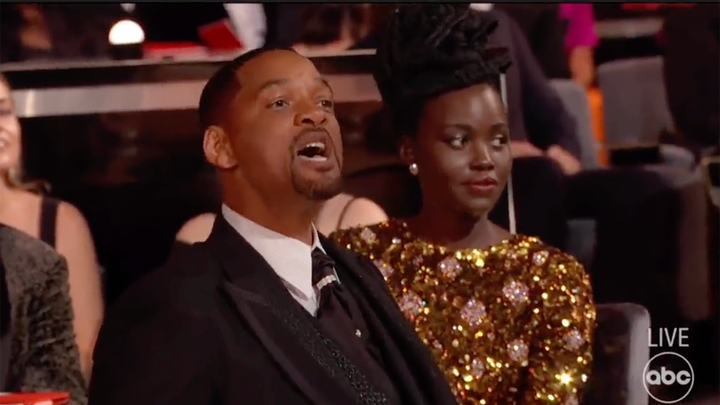 "Right or wrong, celebrities are looked upon to be role models, and comedians everywhere are now being faced with the prospect of being physically attacked on-stage," he added, "After all, if it can happen at the Oscars at the hands of Will Smith, then it raises the very scary prospect that other people with a lot less to lose may choose to model that same reprehensible behavior."

Asked point-blank if Smith can win back the respect of those in show business who were not OK with his action against Rock, Niermann believes it to be possible but admits, Smith needs to a lot of work publicly and behind the scenes to try to un-etch the images of the slap that many are playing on a loop in their own minds.

"Millions of people were horrified by Smith’s unexpected assault and subsequent foul-mouthed outburst," Niermann explained. "Many will never forgive him, some already have, and most will likely withhold judgment on Will Smith until they see the ruling of the Academy and the words and deeds of the man himself in the days, weeks and months to come."

"He will be living under a microscope for some time and must be hyper-vigilant to avoid further missteps that could make this nightmare even worse for him," added the branding savant. 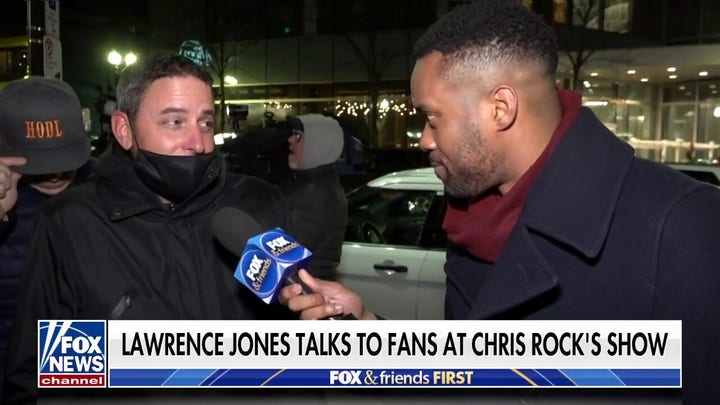 "Despite committing an act of violence in front of the world that would have resulted in a regular citizen being arrested, Will Smith was instead immediately given a golden opportunity to own his mistake and start getting back into the good graces of the Academy and the American public, but he blew that chance when he failed to apologize to the very person he had just attacked," Niermann added.

Smith issued an apology on Instagram on March 28, saying he was "out of line" and that his actions "are not indicative of the man I want to be."

"Violence in all of its forms is poisonous and destructive," wrote Smith. "My behavior at last night’s Academy Awards was unacceptable and inexcusable. Jokes at my expense are a part of the job, but a joke about Jada’s medical condition was too much for me to bear and I reacted emotionally. I would like to publicly apologize to you, Chris. I was out of line and I was wrong. I am embarrassed and my actions were not indicative of the man I want to be. There is no place for violence in a world of love and kindness."

The star also issued apologies to the Academy, producers of the telecast, attendees, viewers and the Williams family. "I am a work in progress," added Smith.

On March 30, the Academy said it has "initiated disciplinary proceedings against Mr. Smith for violations of the Academy’s Standards of Conduct" and added that it was providing Smith with "at least 15 days’ notice of a vote regarding his violations and sanctions" to say his piece in a written letter before its board of governors meets again on April 18 to further determine whether "any disciplinary action, which may include suspension, expulsion, or other sanctions permitted by the Bylaws and Standards of Conduct" will be levied against the actor.

On the night of March 30, Rock was greeted with a three-minute-long standing ovation before his first comedy show in Boston and addressed the slap for the first time.

The comedian first addressed the crowd by joking, "How was your weekend?"

"I had a whole list of jokes. I had a whole show I wrote before this weekend, and I'm still kind of processing what happened," he added.