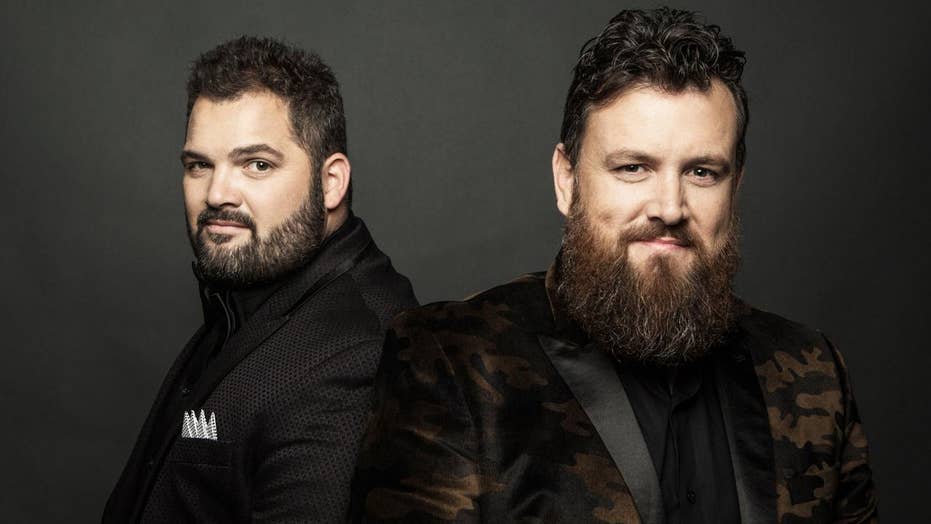 Viral sensation ‘TheSinging Contractors’ on how their faith inspired their first album, being hardworking despite fame

After a video of them singing went viral in 2015, Josh Arnett and Aaron Gray have cut their first album 'Working on a Building: Hymns &amp; Gospel Classics.' They discuss how their faith inspired them and the difficulties of being 'average Joes' despite their growing fame.

NEW YORK – Aaron Gray and Josh Arnett grew up singing gospel music and working construction. Now, thanks to a viral video of them singing on the job site, they've released their first album under their appropriately-named moniker The Singing Contractors.

What started out as just two guys from Indiana working on a job site propelled them to YouTube stardom when they decided to use the acoustics of an unfinished corner of a home remodel to sing their rendition of “How Great Thou Art.” The video quickly captivated viewers and earned more than a million views in just 24 hours.

Now, thanks to becoming an unexpected sensation, they’re able to drop their first album, quirkily-titled “Working on a Building, Hymns and Gospel Classics.” Constantly humbled by their rocket ride to success, the boys sat down with Fox News to discuss how their faith and positive attitude are behind it all.

“We got on the job site and it was a lonely, lonely day there working with no noise and we thought, ‘Hey, let’s just belt her out,” Arnett told Fox. “So, ever since that day, every time we worked together we would sing, and one thing led to another and it just kept growing from there.”

Although they’re constantly performing, being recognized and recording an album, they’ve maintained their day job as contractors in order to pay the bills and fully live up to their working man personas.

The Singing Contractors released their first album titled "Working on a Building."

“It’s really, work by day and when the opportunity comes we sing at night. We do that to maintain paying our bills and just being regular average joe schmos. That’s what we do for now and we’ll continue to do that unless things majorly change,” Arnett said.

The Singing Contractors Josh Arnett and Aaron Gray rose to fame after a 2015 video of them singing a gospel song went viral. (Adrian David Payne)

The Singing Contractors’ album features mostly Christian songs such as “Amazing Grace,” “In the Garden” and “Wine into Water.” They tell Fox that they’re thankful for the hard work they now have to put in as singers because it allows them to spread their message to a wider audience. However, they acknowledge they would be lying if they said that they had a larger plan or agenda beyond being themselves when it comes to their faith.

“It’s just a part of us. We grew up in church and singing with our families in revival meetings and camp meetings and stuff. So it’s definitely a big part of our lives,” Gray said. “We didn’t even think twice about what we was going to sing about when we sang.”

“It was just songs we knew,” Arnett adds. “One-by-one requests came in and it started really encouraging people. So, even if it’s not a gospel song, we’ll always pick something that’s uplifting and encouraging to people. We love doing that.”

What began as just an offhanded idea to make the workplace more fun has turned into a dream-come-true for Josh and Aaron. Now, with their first album out for everyone to hear, they reflected on their goals for how they want their audience to feel in the future.

“We’re just two people working week-to-week and working on the job and we get the opportunity to sing. We want them to experience what we’re experiencing,” Arnett concluded. “We want to share our journey with people.”