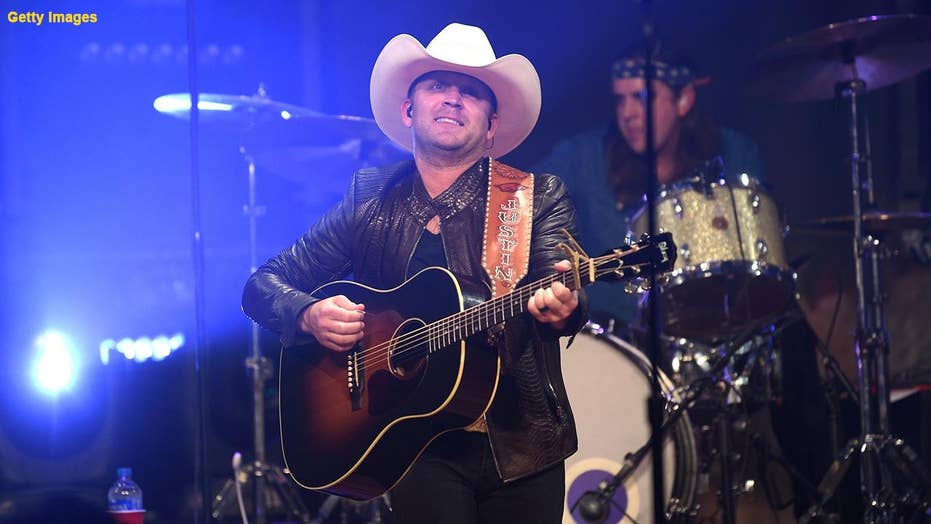 Country singer Justin Moore shares pictures of some gnarly injuries he suffered from after a horse stepped on him.

Think it’s an easy job being a country music star? Sure, there are lots of perks—but then again, there’s sometimes when you have to take it on the chin for the sake of art. Or, in the case of Justin Moore, take it kind of all over your body. The singer posted some seriously gnarly photos to social media, showing off injuries he sustained while filming his latest video.

Moore’s legs look particularly livid and cut up, due to the fact that he apparently got stomped on by a horse. Yes, you heard that right. Given that an average horse weighs about a thousand pounds, it’s not a surprise that the result is not so pretty.

Despite his nasty bruises, Moore seemed anything but put out. “Anything for art! First time in my career I’ve been stepped on by a horse during an album photo shoot. Lol. Hopefully, we got the shot though,” he cheerfully captioned the photos.

Okay, so we all now know that there is at least one horse in Moore’s upcoming video, so that tidbit is out of the bag. Moore is currently at work on his fifth studio album, which he referred to in the post, Late Nights and Longnecks; and also busy on his 2019 headlining tour, which kicked off Jan. 25.

He’s got a little break between dates until Feb. 8, during which his bruised feet and legs will hopefully heal enough so that he can put his cowboy boots back on without wincing. In the meantime, we’ll forgive him if he kicks back with some flip-flops (and ice packs) for the time being.