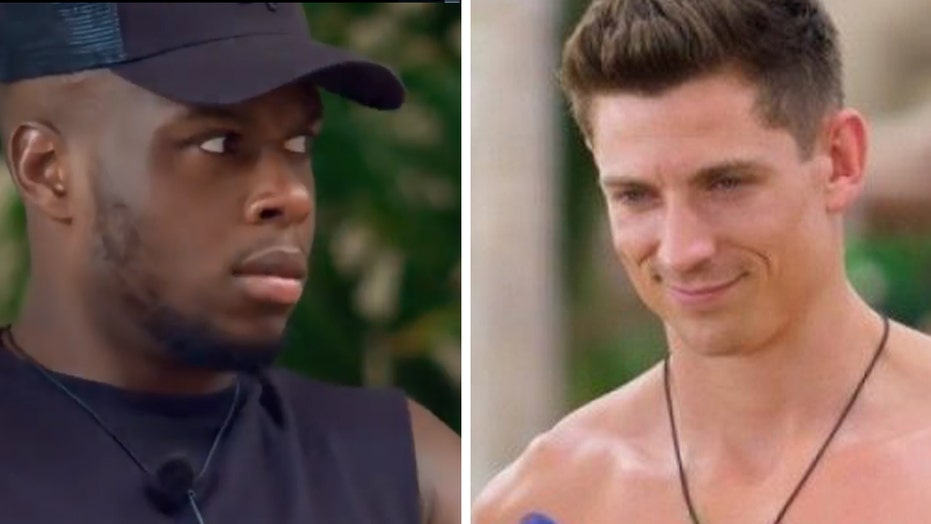 Reality star Kelechi Dyke, often referred to as “Kelz,” is verbally skewering his former Netflix co-star David Birtwistle for using him as a pawn to get a message across regarding racism and injustice.

Birtwistle, 28, shared a since-deleted post on Instagram Wednesday claiming to “stand” with Dyke -- who is black -- and their other "Too Hot to Handle" co-star Bryce Hirschberg, who is white, along with a caption to support the Black Lives Matter movement.

“F--k standing on the sidelines. I stand with you, side by side against racism,” Birtwistle -- who is also white -- captioned the post in which he also addressed police brutality and the death of Minneapolis man George Floyd, Page Six reported.

However, Dyke felt Birtwistle wasn’t being transparent in his public support and called him out for his fakeness.

“Side by side? When I’ve asked you to share a video speaking out against Injustie [sic] and Racism. You read and ignore that message, but then post a photo with me (without having prior asked for my permission) like some POSTER Boy claiming you stand with me?” Dyke said in response to the photo, according to the outlet.

Added Dyke: “I call you and message you to find out why you did this, and you dismissed me by calling me ‘PETTY’ pretending to not understand where I am coming from, saying because you’ve shared @sharrontownsendofficial photo means you are on my side?”

In his discord, Dyke referenced a social media post about racism shared by another fellow “Too Hot to Handle” cast member Sharron Townsend, who is also black, which Birtwistle shared on his Instagram. Dyke said he didn’t appreciate being used by Birtwistle to further his personal image.

“I don’t care about the share,” Dyke said. “DO NOT use me to further your social media gains and to get likes, DO NOT use this movement of #blacklivesmatter because it’s a trending # for you.”

“I told @david.Birtwistle I was NOT comfortable with him using me as a prop for this post and instead of deleting the post, he deleted my comment,” he said in his Instagram Story on Thursday. “Censorship at its FINEST.”

Dyke maintained that he wasn’t on board with anyone using the Black Lives Matter movement as a means of gaining clout for themselves.

“It’s about time we call out the people who want to use us and the Black Lives Matter movement for their own personal gain and celebrity status,” he said.

Birtwistle did not immediately respond to Fox News' request for comment.