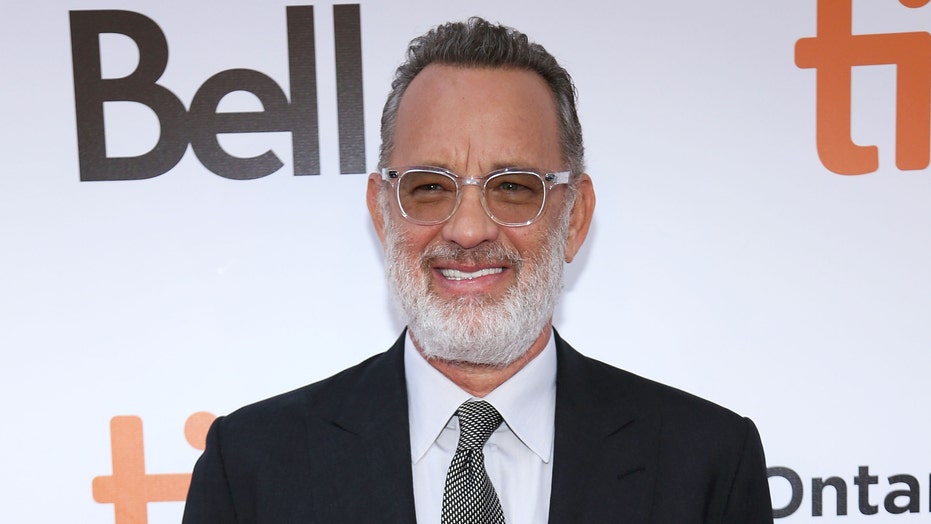 During a recent appearance on "Jimmy Kimmel Live!," the 63-year-old star did not hold back his feelings after he was shown a clip from last Monday's "Jeopardy!" episode.

The viral moment showed the contestants not being able to correctly identify Hanks as the actor playing children’s television icon Fred Rogers in the new movie "A Beautiful Day in the Neighborhood."

HIGHEST-EARNING 'JEOPARDY!' CHAMPS TO PLAY FOR A SHARE OF $1.5 MILLION

“They didn’t even have any wrong suggestions? Bing, Woody Harrelson? Bing, Mahershala Ali?” he jokingly asked. “What was the name of the category? Washed up career choices for 800? Bad casting for 1000, Alex?” Hanks teasingly added.

Kimmel, 52, then offered a suggestion as to why the contents were unable to name the actor: "I look at it as you inhabited that character so beautifully that even they were absorbed instantaneously!” he told Hanks.

He then joked: “I think actually they were blinded by the red sweater. They couldn’t make anything out.”

On the Nov. 18 "Jeopardy!" episode, contestant Beverly picked the "Biopic" category and the competitors were then shown a video clip of Hanks as Mister Rogers. “In A Beautiful Day in the Neighborhood, beloved children’s TV show host Mr. Rogers is played by this beloved actor,” said host Alex Trebek.

Trebek, 79, was met with silence. Although Beverly did buzz in she was a tad too late. “The film opens Friday. That’s Tom Hanks. Not quickly enough, Beverly," stated Trebek.

“A Beautiful Day in the Neighborhood” is a feature film inspired by the relationship between Rogers and Tom Junod, a jaded journalist who embarks on a life-changing experience when he takes on the assignment of writing Rogers' profile and spends some time with him.

“I disliked that when it got announced it was characterized as [a biopic]. It’s really not," Hanks previously said of the flick. "It’s a movie that’s largely focused on a reporter and [Mr. Rogers’] relationship to his life, and how [the reporter’s] whole world changes when coming in contact with Fred Rogers.”

“A Beautiful Day in the Neighborhood” is currently playing in theaters.