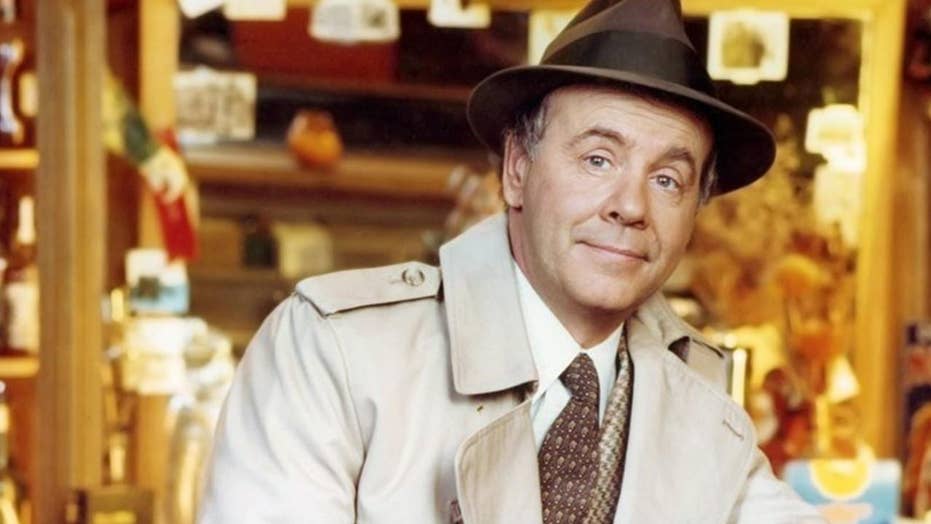 Tim Conway’s widow is breaking her silence on losing the late funnyman.

The Emmy and Golden Globe Award-winning actor who embodied a gang of hilarious characters on “The Carol Burnett Show,” including the Oldest Man and Mr. Tudball, died at age 85.

While it was reported the star was suffering from dementia, People magazine shared Conway had suffered complications from Normal Pressure Hydrocephalus (NPH) and showed no signs of Alzheimer’s.

Charlene Conway, who was married to the beloved comic for 35 years, recently told the outlet her late husband was “truly a gift.”

“People say that nothing is perfect and truly nothing ever is,” said Charlene. “But we had a marriage that… I feel that the two of us were meant to be together. We were just one mind and one heart. And it was 35 years of heaven. I know that sounds cheesy, but it’s true.”

Charlene told the outlet she will remember the actor as a “devoted” and “funny” husband and father. Conway shared six children with his ex-wife Mary Anne Dalton, as well as one stepdaughter.

“[Tim] instilled in the family, all the kids, the grandkids, that humor does help us deal with horrific experiences,” said Charlene. “It’s a way out. “For him, it was a way out. It didn’t mean he felt or grieved any less. That was his outlet for it.”

“He was always shocked and surprised when other celebrities knew who he was,” she explained to the magazine. “He truly was. He and Harvey [Korman] toured for 10 years doing this two-man show in theaters all across the country, and he was always surprised that there were standing ovations and crowds around the stage door, entrance and exit. That’s how humble he was. He never took his celebrity for granted, nor did he wallow in it.”

Charlene said she’s been grateful for the “outpouring” of support and love after her husband’s death.

TIM CONWAY 'UNABLE TO MAKE HIS OWN HEALTHCARE DECISIONS'

“Tim’s been out of the limelight for four, five years, but I’m just amazed at the outpouring of love from his fans and everybody,” she said. “And I’m so proud of him, and the man that he was.”

The widow also vividly called the last moments she shared with Conway.

“He was very sick the last two weeks of his life,” she said. “And the only comfort we all have is that that suffering has ended.”

When the magazine asked Charlene how she would like Conway to be remembered, she responded, “just as he was.”

Comedian Tim Conway attends the signing for his book "What's So Funny... My Hilarious Life" at Barnes &amp; Noble bookstore at The Grove on November 13, 2013, in Los Angeles, California. (Photo by Joshua Blanchard/Getty Images)

“Funny,” she added. “I mean, his brain, his body, everything is funny. And he was exactly what they saw. A very sweet, kind, humble guy.

In a written statement sent to Fox News, Burnett revealed she was mourning the loss of her co-star.

“I’m heartbroken,” the 86-year-old wrote. “He was one in a million, not only as a brilliant comedian but as a loving human being. I cherish the times we had together both on the screen and off. He’ll be in my heart forever.”

In a statement also sent to Fox News, pal Bob Newhart also revealed his heartache over the loss of Conway.

“[My wife] Ginnie and I lost a dear friend with Tim’s passing,” wrote the 89-year-old. “He was one of the greatest, if not the greatest. I will always remember our regular Tuesday dinners together with Tim and Sharkey (Charlene), Dick and Dolly Martin, Don and Barbara Rickles, Mike and Marylou Connors, Eydie and Steve Lawrence and Ginnie and me. No one should be allowed to laugh that much! We will miss him greatly.”

Carol Burnett poses with Tim Conway who received the Lifetime Achievement award at the Regent University's School of Communication and the Arts 2nd Annual Candlelight Forum, awards evening held at the DGA Theatre, on April 1, 2008, in Hollywood, California. (Photo by Frazer Harrison/Getty Images)

Conway’s daughter Kelly told Fox News that her father is “at peace now.”

"The love he gave us, and the laughter he gave the world will never be replaced, but will be remembered forever," Kelly told us. "He is at peace now but I will miss him every second of every day until we meet again in heaven.

"We knew he would have to leave us someday, but that day came too soon. When he used to hear the song 'Angel Flying Too Close to the Ground' he would say, 'I want that played at my funeral.'"