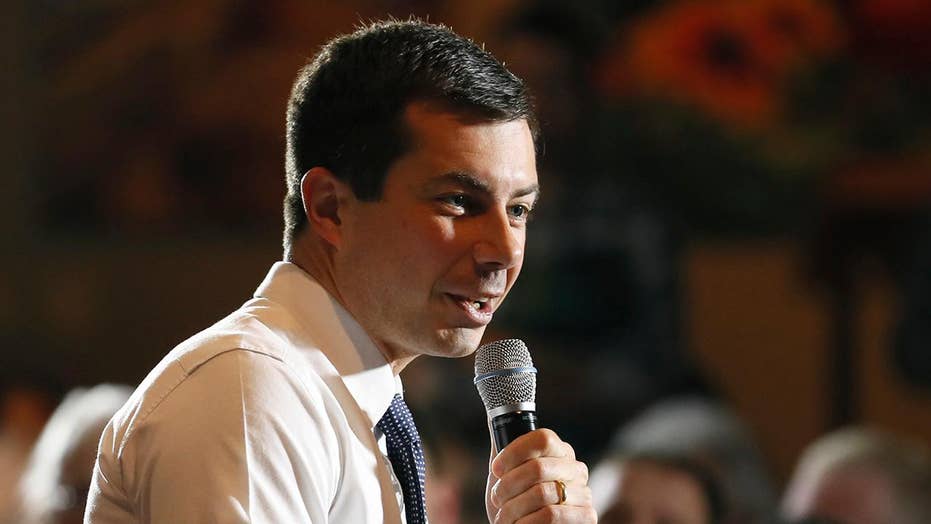 Buttigieg under fire over remarks on minorities and education role models

"The View" co-hosts derided Indiana Mayor Pete Buttigieg's comments on race, suggesting that he needed to get a "little more woke" as a 2020 presidential candidate.

Co-host Joy Behar made that argument after the show played footage of Buttigieg saying in 2011 that minorities might not have role models for success.

"You're motivated because you believe that at the end of your educational process, there is a reward, there is a stable life, there is a job," Buttigieg previously said. "And a lot of kids -- especially the lower income, minority neighborhoods -- who literally just haven't seen it work. There isn't somebody they know personally who testifies to the value of education."

Behar responded by arguing that "systemic racism is with you whether you have a role model or not." She added that former President Obama provided the "greatest role model" for black children and all Americans.

Co-host Sunny Hostin said race is one of Buttigieg's "blind spots" that hinders his campaign. She went on to praise Root writer Michael Harriot who blasted Buttigieg's comments in an article titled, "Pete Buttigieg is a Lying MF."

"He's a wonderful writer, he's extremely thoughtful," Hostin said. During the piece, Harriot drops a slew of profanities, including when he calls Buttigieg a "lucky m**********r."

Hostin added that she was surprised Buttigieg didn't "know better" than to make those comments in 2011. His claim about role models was factually incorrect, too, Hostin argued.

"For 18 minutes and 45 seconds, we talked about educational inequality, poverty and institutional racism in America and how to fix it. OK...I’m lying," Harriot said.