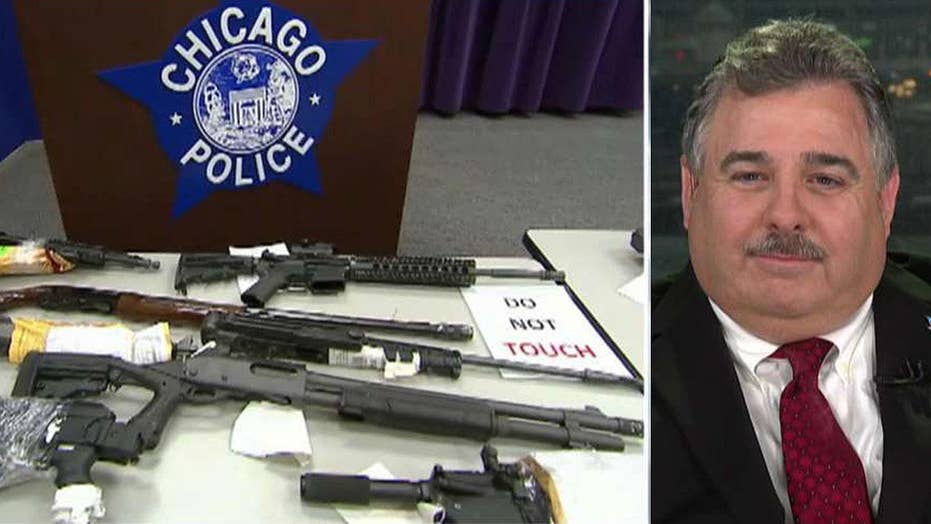 Chicago Police Union President Kevin Graham reacts to law enforcement seizing an average of one gun every 48 minutes this year.

The Chicago Police Department has announced that it took more than 10,000 illegal guns off the streets in 2019 -- or one illegal gun seized about every 48 minutes.

However, despite the successful efforts, Chicago Fraternal Order of Police President Kevin Graham said Wednesday that the city still has a long road ahead of them.

Appearing on "America's Newsroom" with host Sandra Smith, Graham said that while the men and women of the department "do an amazing job," they have forces working against them.

"The men and women of the Chicago Police Department do an amazing job," Graham said. "They've done this for the last two and a half years without a contract, without enough manpower, without enough equipment."

In addition, Graham said there is a prosecutor in the city who is not cooperating with the police and that it's "certainly a problem we're going to be facing very shortly."

To top it all off, the current Superintendent of Police Eddie Johnson is retiring at the end of this month. 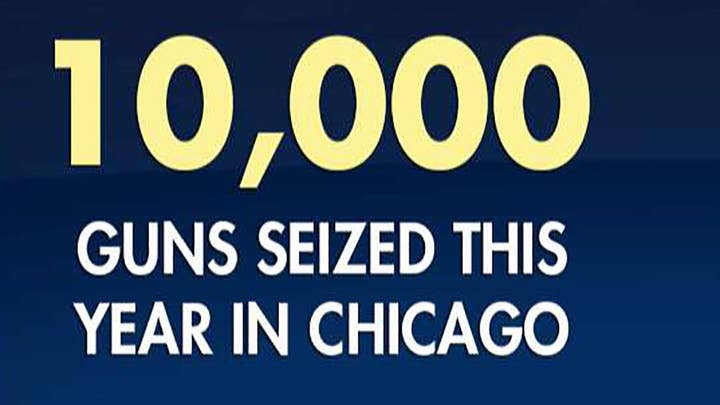 "And yet, every day they suit up, they go out, and protect the people of the city of Chicago and do an amazing job," he said.

“I’m immensely proud of CPD for taking 10,000 guns off the streets this year,” Chicago Police Superintendent Eddie Johnson said. “We really need systematic change to prevent these guns from ever finding their way into the city.”

Graham told Smith that they had also increased arrests by 3 percent, resulting in a reduction of more than 200 shootings compared to last year.

"[The Chicago police] are working their tails off to try and keep the people of the city of Chicago safe," he said.

Less than a week ago, a 46-year-old police officer was shot in the head during a gunfight between a bank robbery suspect and responding officers. The officer was hospitalized in the intensive care unit before being released on Sunday, according to the ABC News affiliate in Chicago.