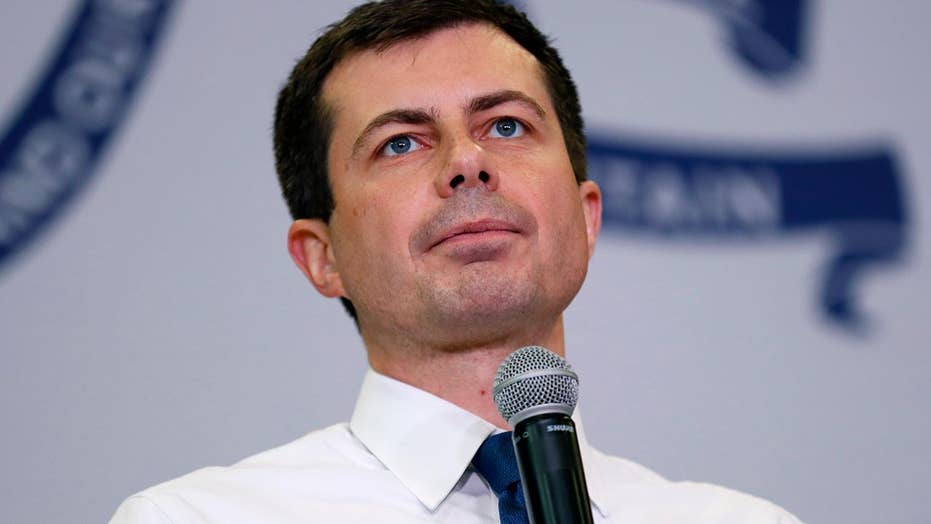 Pete Buttigieg ramping up efforts in Iowa ahead of caucus

Mayor Pete Buttigieg of South Bend, Ind., who has risen to the top of the heap in early Democratic presidential primary polling in Iowa and New Hampshire, has come under serious sustained attack for the first time in his candidacy.

Buttigieg's early candidacy gained credibility thanks to the moderation he displayed compared with other Democrats. He quickly lost steam when he tacked to the left.

Now Buttigieg has swiveled back toward the center, launching a series of assaults on the radical plans of Sen. Elizabeth Warren, D-Mass., and stealing her momentum in the largely white early primary states.

Normally, such political rises are attended by a spate of negative reactionary coverage, and Buttigieg's story is no different. The most effective attack on Buttigieg has centered around his complete lack of black support -- a crucial problem for a candidate whose party sees black voters as a near supermajority of primary voters in states like South Carolina.

Some of those attacks have focused on Buttigieg's less-than-stellar governance in South Bend, where crime rates have remained critically high and relations between the local population and police have been strained throughout his tenure.

But the latest attack is on Buttigieg's entire political mentality. This week, an article from Michael Harriot at The Root, titled "Pete Buttigieg Is a Lying MF," trended on Twitter. What, exactly, was Buttigieg's lie? He suggested back in 2011 that not all educational outcome disparities between blacks and whites are attributable to systemic racism.

"The kids need to see evidence that education is going to work for them," Buttigieg stated ("whitely," in Harriot's adjective). "You're motivated because you believe that at the end of your educational process, there is a reward; there's a stable life; there's a job. And there are a lot of kids, especially the lower-income, minority neighborhoods, who literally just haven't seen it work. There isn't somebody they know personally who testifies to the value of education."

"Get-along moderates would rather make s--- up out of whole cloth than wade into the waters of reality," Harriot wrote. "Pete Buttigieg doesn't want to change anything. He just wants to be something."

But none of these three factors should explain the bulk of racial educational disparities. The black dropout rate from high school is far higher than that of white students, which has nothing to do with underfunded schools.

Black students, by best available data, misbehave in school more often than white students. Black students drop out of college far more often than white students, which has nothing to do with institutional discrimination. Adjusting for household income, black women actually overperform white women in terms of college attendance and income. Something else is going on.

What is going on? According to a 2018 study from researchers at Stanford, Harvard and the Census Bureau, young black men do best in areas with high levels of fatherhood. Lack of school mobility, largely due to entrenched interests preventing such mobility, doesn't help either.

Former President Obama similarly suggested an "element of truth" in the accusation that education is undervalued in many black homes, lamenting the attitude "OK, if boys are reading too much, then, well, why are you doing that? Or why are you speaking so properly?" A study from the Brookings Institution found that black students spend less time on homework than other racial groups -- by a long shot.

So, is Buttigieg a "lying motherf-----" for pointing out that not all disparities can be attributed to institutional discrimination? Of course not. But in the Democratic Party, such common sense represents political suicide.