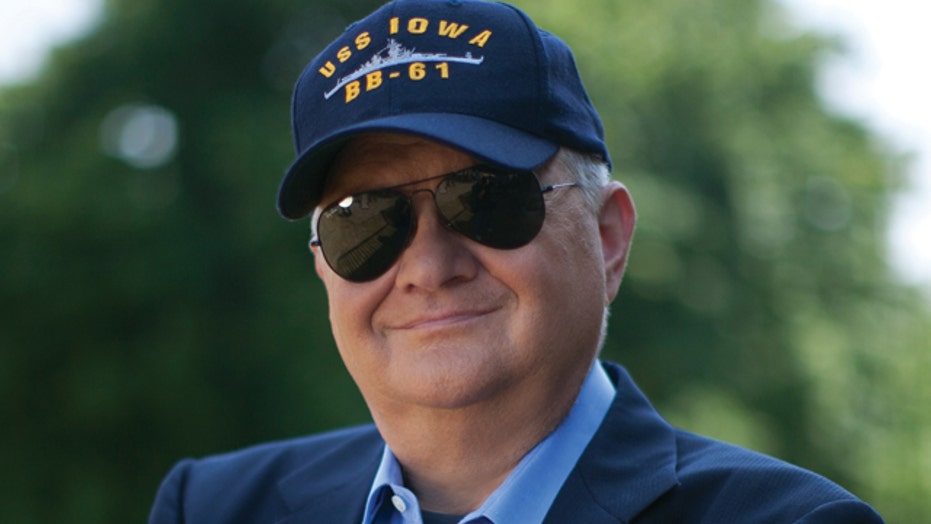 Celebrated author Tom Clancy, who became famous for best-sellers like “The Hunt for Red October” and “Patriot Games,” died on Tuesday. He was 66.

David Shanks, an executive personally involved in publishing all of Clancy's books, released a statement saying: "I'm deeply saddened by Tom's passing.  He was a consummate author, creating the modern-day thriller, and was one of the most visionary storytellers of our time. I will miss him dearly and he will be missed by tens of millions of readers worldwide."

Ivan Held, President and Publisher of Penguin's G.P. Putnam's Sons imprint, added that Clancy was "ahead of the news curve and sometimes frighteningly prescient. To publish a Tom Clancy book was a thrill every time."

Born in Baltimore, Md., Clancy first hit the best-seller lists in 1984 with "The Hunt for Red October." He sold the manuscript to the first publisher he tried, the Naval Institute Press, which had never bought original fiction.

By a stroke of luck, President Reagan got "Red October" as a Christmas gift and quipped at a dinner that he was losing sleep because he couldn't put the book down, a statement Clancy later said helped put him on the New York Times best-seller list.

A string of successful books followed, including "Red Storm Rising," "Patriot Games," "The Cardinal of the Kremlin," "Clear and Present Danger," "The Sum of All Fears," and "Without Remorse."

Many of Clancy's works were turned into blockbuster movies starring the likes of Harrison Ford and Ben Affleck. The latest, based on his desk-jockey CIA hero Jack Ryan, is set for release later this year. Directed by Kenneth Branagh and starring Chris Pine, "Jack Ryan: Shadow One" is set for release in the U.S. on Christmas Day.

Outside of his creative work, Clancy was a supporter of the Republican Party and became a lifetime member of the National Rifle Association in 1978. Clancy was also a part owner of the Baltimore Orioles baseball team.

In 1999, Clancy married freelance journalist Alexandra Marie Llewellyn. He was previously married to his college sweetheart Wanda Thomas. They had four children together.

Clancy's latest novel, "Command Authority," is slated to be released in December 2013.