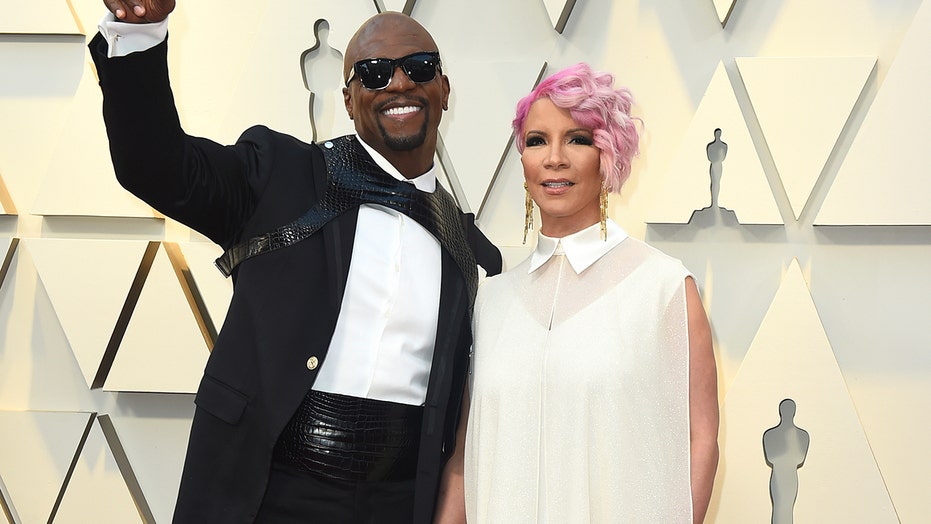 Singer Rebecca Crews — who is married to “Brooklyn Nine-Nine” star Terry Crews — was diagnosed with breast cancer only weeks ago, and has since undergone a double mastectomy and reconstructive surgery.

“Though it was Stage 1, you’re overwhelmed with fear,” Rebecca, 54, shared with People of her experience. “Like cancer is this all-consuming, all-powerful evil entity.”

Following her most recent doctor’s appointment a few weeks ago, Rebecca received a phone call confirming she had breast cancer while sitting in her driveway. Yet she was immediately optimistic.

“After the call I had this clear vision of myself stepping through a door, and on the other side of this door, the sun was shining brightly and I was very happy,” she recalled. “I just had this sense that I was going to be OK.”

Terry, however, didn’t have the same reaction.

“My husband has watched me go through a lot, but the look on his face … he looked at me like I was going to die,” she said. “He told me it felt like his insides were melting. I said, ‘I need you to be strong for me,’ and he said, ‘OK,’ and hugged me, but I think he needed that hug.”

Rebecca underwent surgery March 3 with her husband by her side. She was also joined by her pastor, Marguerite Reeve, and best friend from college, Muriel.

Rebecca King-Crews, in a black gown, and Terry Crews, in a gold suit, were all smiles at the Billboard Music Awards. (Frazer Harrison/Getty Images)

Because she chose to have a double mastectomy, she will not undergo radiation treatment. She is now cancer-free and at home with her family.

TERRY CREWS TALKS ABOUT WARDROBE RISK ON THE OSCARS RED CARPET: 'THIS IS MY LIFE'

She has come up against challenges while trying to recover amid the coronavirus pandemic. She expressed worry over attending her follow-up doctor’s appointments with a compromised immune system and confusing symptoms of expected post-mastectomy pain with those of coronavirus.

“I’ve been so nervous, too, because a couple times I’ve woken up in the middle of the night with trouble breathing and thought, ‘Oh no.'”

Thankfully, husband Terry is doing everything he can to comfort his wife of 30 years.

“I have to give him his props because he’s been cooking for me, helping me bathe, and just really stepping up,” Crews says. “I tease him all the time, I’m like, Did I have to get cancer to be treated like this?!’”