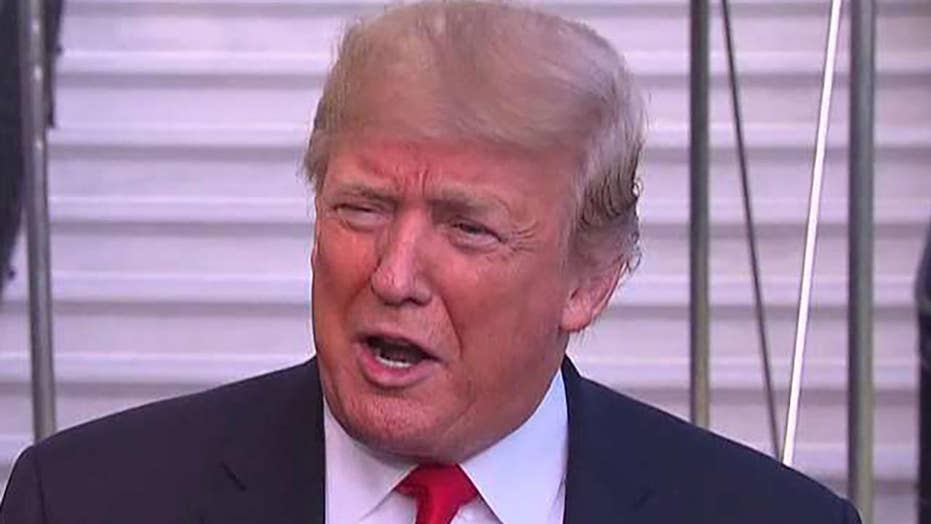 Trump: I like Taylor Swift's music about 25 percent less now

Taylor Swift urged fans on Wednesday to vote early for the Nov. 6 midterm elections, more than a week after she penned a rare political statement on Instagram that sparked a slew of reactions.

“Something I wish I knew about when I was 18 and voting for the first time: EARLY VOTING,” the pop singer wrote in an Instagram post along with Polaroid photos of herself and her feet with patriotic-colored toenails.

“It makes it so quick and easy to go and cast your vote before November 6. Early voting starts TODAY in Tennessee and goes to Nov 1 🇺🇸 [sic] You can check out your state’s early voting dates at the link in my bio,” she added.

The 28-year-old singer broke her political silence on Oct. 7, when she voiced support for Tennessee Democrats ahead of the midterm elections. In a post to her 112 million Instagram followers, she slammed Republican Senate candidate Marsha Blackburn and said she would be casting her vote for Democrat Phil Bredesen. She also supported Rep. Jim Cooper, a Democrat who's running for re-election in Tennessee.

“In the past I’ve been reluctant to publicly voice my political opinions, but due to several events in my life and in the world in the past two years, I feel very differently about that now,” Swift wrote in a lengthy caption. “…I cannot vote for someone who will not be willing to fight for dignity for ALL Americans, no matter their skin color, gender or who they love.”

The post sparked a flurry of reactions from fans and political figures, including President Trump, who said he likes the “Shake It Off” singer “25 percent less” after she spoke out against Blackburn.

"I'm sure Taylor Swift has nothing or doesn't know anything about her," Trump said of Swift's knowledge of Blackburn outside the White House. "Let's say that I like Taylor's music about 25 percent less now, OK?"

Nonetheless, her post caused a spike in voter registration nationwide and in Tennessee.

"Taylor's post has helped bring out young voters: a majority of new registrations since Sunday have been from people between 18 and 29 years old (about 64K out of the 105K total new registrations),” Vote.org said in a statement regarding Swift’s Instagram post. “We're especially happy to see that because we know voting is habit-forming; statistically, a young person who votes in 2018 is 55 percent more likely to vote again in 2020.”

During her acceptance speech at the American Music Awards on Oct. 9, Swift also urged people to register to vote.