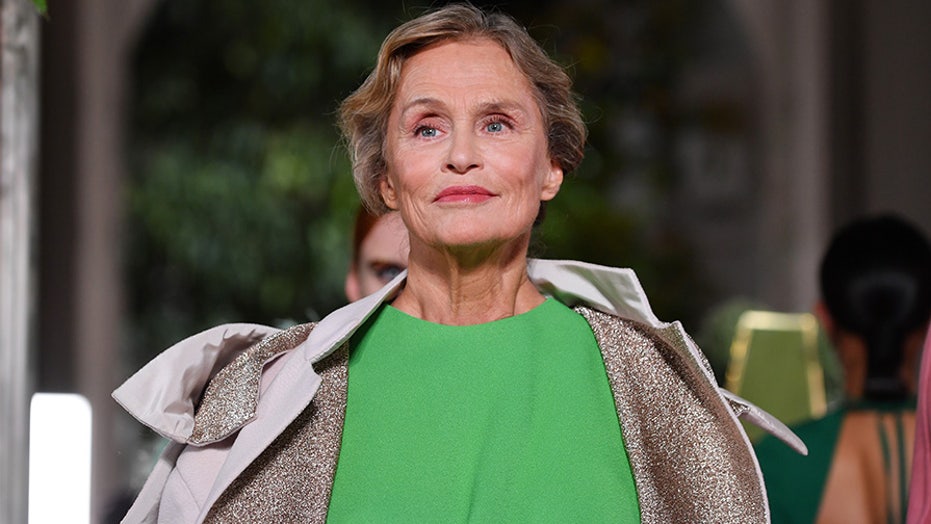 “I usually get into bed with a good book or a good man. Ha!” the supermodel told WSJ. Magazine.

“Right now, I’m reading a book about Saladin; do you know of him?” she continued. “He’s the sultan who fought off the crusaders in the 12th century and won. He was a very good, very moral man, which is pretty rare. And I’m also reading a great book about Genghis Khan and ‘A Warning’ by Anonymous… but I can only read small parts of that at a time because it’s so scary.”

But Hutton does more than hit the sheets with two of her favorite things. The star, who found fame as a supermodel, has embraced aging naturally and is all too willing to spill her secrets.

For starters, Hutton is also about dipping herself in oil from head to toe.

“When I’m in the shower, I’ll turn it off and put something all over me called Desert Essence, which is a really good jojoba oil,” Hutton told the outlet. “I used to use real coconut oil, this beautiful golden stuff from Mexico in husks, but you can never find the real coconut oil anymore, just all this processed junk. So I switched to jojoba. If I can have greasy hair the next day, or if I have time to wash it out in the morning, I’ll put some in my hair too.”

“I take a warm shower — actually, most are hot — almost every evening (and definitely every evening when it’s cold out) whether I’m going to bed late or early,” she added.

Hutton admitted that before she became a sought-after model, she used to rely solely on soap and water to cleanse. However, Hutton stressed that the secret to smooth and supple skin is always moisturizing her famous features.

“I’ve always just used soap and water to wash my face,” she explained. “Pretty much any soap I could find. StriVectin showed me something called layering and I’ve been doing it eight months now. I start with oil on my face, neck and décolletage. Then I layer serum over that which melts right into your skin.”

The mystery film, directed by Paul Schrader, tells the tale of how a Los Angeles male escort (Richard Gere), who mostly caters to an older female clientele, is accused of a murder he did not commit. The film also stars Hector Elizondo, Nina van Pallandt, as well as Hutton, among others.

“She was a very famous model at the time,” said Cook, who is 96. “I thought that was damn brave of her to do that. That was a big part for her to take on. I wished I was able to work with her more closely, but all my scenes were with Richard — not that I’m complaining. But I remember it being a very enjoyable experience.”