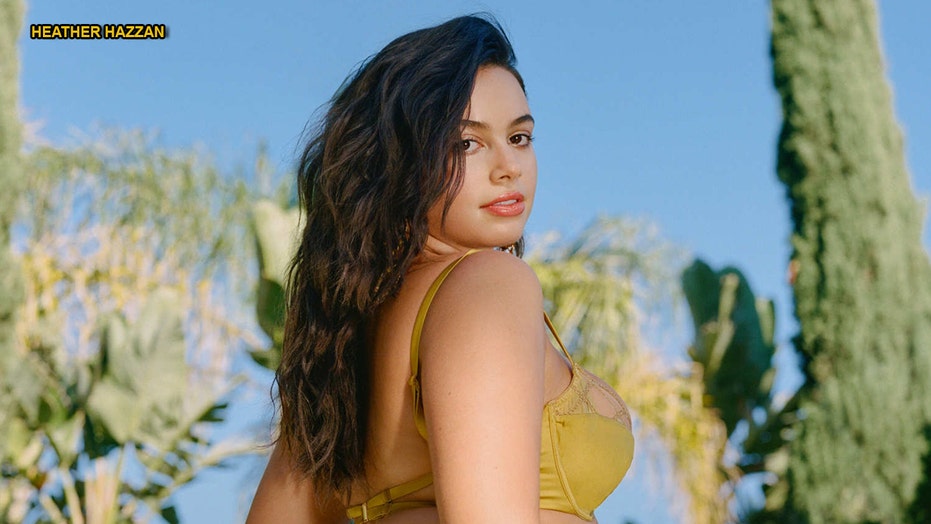 Playboy January 2020 Playmate Riley Ticotin says she was originally dropped by agency because 'I never got skinny enough.'

Riley Ticotin kicked off 2020 with a major bang when she was chosen by Playboy as their January Playmate.

The outlet revealed the model was starring in the issue, which is tied to the theme of equality.

“Riley is the first Playmate of her size to grace the pages of Playboy,” a rep for the magazine told Fox News.

And the Puerto Rican pinup from Calabasas, Calif. has come a long way since she was dropped by an agency for not getting skinny enough. The star, who has been a longtime fan of “Girls Next Door” star Kendra Wilkinson, has been determined to celebrate her curves in front of cameras, proving that sexy doesn’t come in one size.

Ticotin, who is 26, spoke to Fox News about baring all for the magazine, why she’s not a fan of the term “plus-size,” how she once appeared alongside Jennifer Lopez in a commercial and how she really deals with trolls on social media.

Fox News: You grew up near Calabasas, made famous by the Kardashians. What was that like?
Riley Ticotin: It’s not like what you would have expected. It was a really chill, relaxed upbringing. Like flip flops and jean shorts all year long. None of us were wearing Louis Vuitton to the movie theater. We didn't even have a grocery store until the last 10 years. There used to be this little tiny shack that my friend and I made a petition for them not to tear it down when the owner passed away because we wanted to keep it very rural and stuff. But now it's a shopping center. So it's changed a lot in the last like 15 years, I'd say.

Fox News: How were you discovered as a model?
Ticotin: I started when I was 15 and I kept getting approached in the malls and stuff. And then my friend and I decided to submit photos to an agency. They signed me and that is how I got started. But then they dropped me because I never got skinny enough.

Riley Ticotin said she was dropped by her previous agency because of her size. (Heather Hazzan)

Fox News: How did you cope with being dropped because of your size?
Ticotin: I coped fine, I guess. I was in school and I was focused on getting my education. Modeling just felt supplementary so it didn't feel like the end of the world for me. So I just dealt with it... And then someone, who's now my agent, approached me on Facebook. That is how I became a curve model.

Fox News: How were you approached by Playboy?
Ticotin: I was actually home visiting my parents and I got an email saying, "Hey, Playboy's interested in meeting with you. We know they have a history, but would you be open to meeting with them?" And I was like, "Yeah." I was a really big fan of the "Girls Next Door" growing up and I grew up in Los Angeles, so it's intertwined with that. So I was really excited about going into that meeting.

To be honest, I had never even opened up a Playboy issue up until right after I had shot this because I was... I found one in a vintage store and I was really curious as to what it was and I opened it, I was like, "Oh, this is old school Playboy." It's not what I did. But I was a really big fan of the "Girls Next Door." Kendra lives in Calabasas and I used to see her at the grocery store all the time and I would get really excited.

Riley Ticotin admitted she was "terrified" of posing for Playboy. (Heather Hazzan)

I put so much energy into helping create a mood board and helping out with styling and all that stuff. And then I was also really nervous because it's a very vulnerable experience. I'm not used to opening up literally like that. And it was a little nerve-wracking, but everyone made me feel really comfortable on set and my mom drove me to the shoot.

Fox News: Describe that moment when you saw the pictures for the first time. What was going through your mind? Who was your first phone call?
Ticotin: We couldn't call anyone right away because we were on set when they first... They do an unfolded, they film you seeing it for the first time. And so I couldn't call anyone until I got home that night. But I was actually speechless because I never thought that I would see myself in those pages. I opened it and I was like "This is really me. Wow." I didn't even know what to say. I still don't even know what to say because it still doesn't feel real.

Fox News: What does being a Playmate mean to you?
Ticotin: I think for me because I think it means something different to everyone, to me it means we've taken a really big step in the right direction as far as equality goes. I never saw anyone that looked like me, had my ethnic background, was my size, anyone that I could really relate to in the magazines growing up. And so for me, it's just really important that I'm in it. So other girls who felt like me can also see that too.

Fox News: Some critics say Playboy is outdated. After your experience, what would you tell those critics?
Ticotin: Well, I would tell them that one, it was an all-female creative team and an all-female crew. And for me, it felt like a woman taking back the power, moment. It's not up to being sexualized. It's about us embracing our femininity and taking back the power that we should have had all along.

Fox News: How difficult has it been for you to be a curvy model?
Ticotin: Well, it's been frustrating to see some brands not use curve models. But with that being said, I've had a really great career where I have been able to break out of the size box that everyone puts you in.

I've been able to shoot for W magazine by Patrick Demarchelier. I did Marc Jacobs Beauty. I've worked with so many great photographers regardless of my size, regardless of what I look like. And I think, aside from all the difficulties, I think that's been the biggest payoff — to see someone my size doing these jobs too.

Fox News: How do you feel about the term "plus-size model?"
Ticotin: I stand with the fact that I'm a model and that's it. I don't think we should be labeling people by size. I think that's part of the problem. I do get frustrated though that sometimes I feel the need to clarify when I say I'm a model and they're like, Oh. And I'm like, no, I'm a plus model. That does frustrate me a bit. But at the end of the day, as far as I'm concerned, as far as everyone goes, we're all just models.

Fox News: How do you deal with trolls on social media, if you deal with them at all?
Ticotin: Oh, I deal with lots and lots of trolls. But I have really thick skin. I know whatever they have to say shouldn't affect me. Sometimes there are a few people that take it a little too far, but I've just blocked them on Instagram. I don't feel the need to engage with them or fight with them. I just realize maybe they need to feel better about themselves too.

Fox News: How do you stay in shape all year long?
Ticotin: I do work out a lot. I kickbox, I did martial arts for like 10, 11 years. I like to dance... and I do a lot of yoga. So I think staying active and taking care of yourself is really, really important. And then also wearing sunscreen.

Fox News: It’s been said you previously appeared in a commercial with Jennifer Lopez.
Ticotin: ”Appeared" (laughs). So I did a commercial with Jennifer Lopez and I got cut from it... No one really cared that I got cut from it, they were just excited that I did it. It was my first job ever, I was 15. I got to have my own dressing room at the backstage of the Gibson Amphitheater at Universal Studios before they tore it down. It was the coolest day of my life.