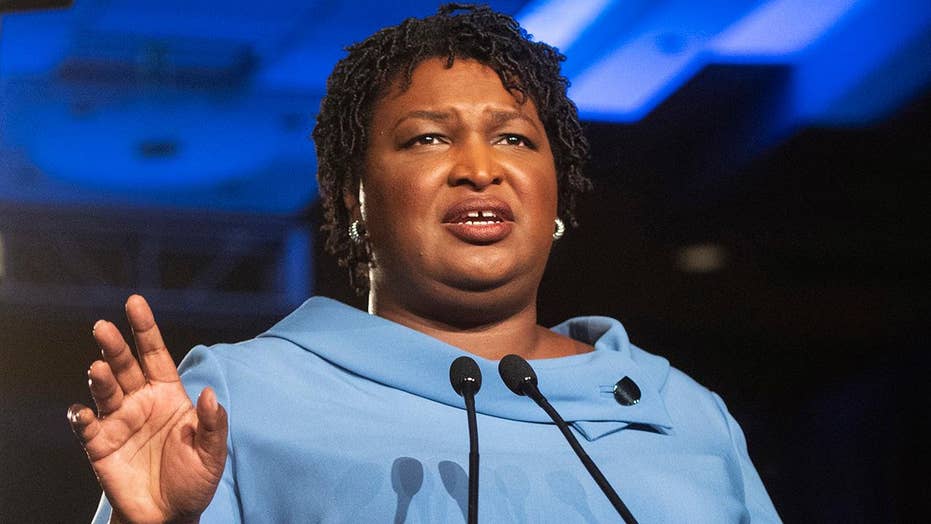 If you can’t govern, produce.

Former Georgia gubernatorial candidate Stacey Abrams will executive produce a drama for CBS, according to The Hollywood Reporter.

The trade publication reported Monday that the show, “Never Tell,” will be adapted from a book Abrams wrote under the pen name Selena Montgomery. The show will reportedly be written by “NCIS: New Orleans” executive Talicia Raggs for CBS Television Studios and PatMa Productions.

“It centers on a star linguistics professor with a complicated past who joins forces with a charismatic investigative journalist following the discovery of a cryptic message that's the only clue in a missing persons case,” THR’s Rick Porter wrote. “Abrams has written eight novels under the Selena Montgomery pen name.”

Abrams did not immediately respond to a request for comment.

Stacey Abrams is reportedly producing a drama for CBS.

Abrams lost what Democrats have claimed was an unfair gubernatorial election in Georgia in 2018. Since she lost, Abrams has been outspoken against what she viewed as voter suppression -- something she saw as a priority during the primaries.

Abrams indicated back in May she was still considering a 2020 bid but announced in August that she would not be running for president. She emerged from the failed gubernatorial race as something of a political rockstar, with Democratic presidential contenders coveting her endorsement.

Other titles written by Abrams /Montgomery include “Reckless,” Deception,” Secrets and Lies,” Hidden Sins,” Rules of Engagement,” The Art of Desire” and “Power of Persuasion.”

“Hollywood is the entertainment arm for the Democratic Party, we get that. However, it’s weird to think both establishments are so intertwined that even individuals as successful as failed Georgia gubernatorial candidate and former romance novelist Stacey Abram gets one of her naughty memoirs turned into a full-length TV series,” Hays wrote. “We’ll be getting a romance thriller TV show, all because the author is an avowed radical lefty.”