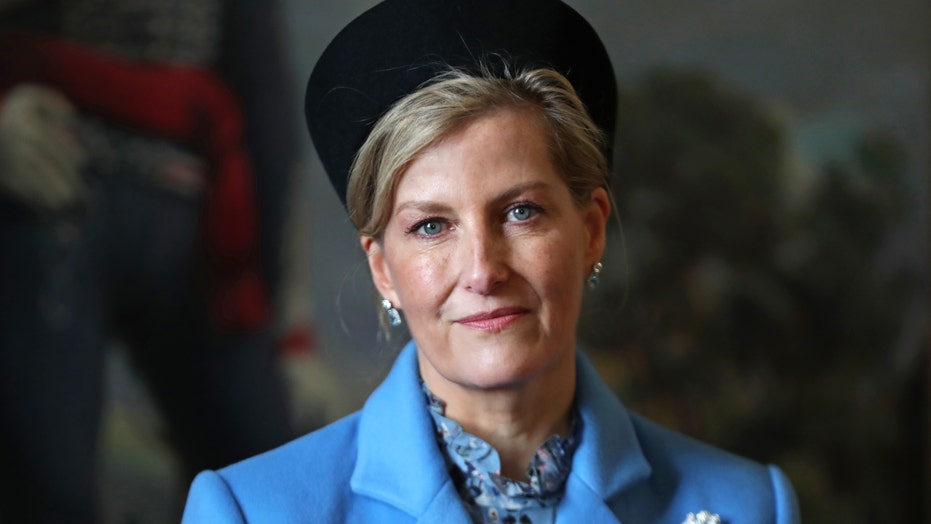 Sophie, the Countess of Wessex, is opening up about her royal schedule.

The 55-year-old, who is the wife of Prince Edward -- Queen Elizabeth and Prince Philip's youngest child -- recently spoke to The Sunday Times, where she touched upon one of the questions reportedly surrounding the royal family as of late in regards to whether or not the working royals have been picking up Meghan Markle, Prince Harry, and Prince Andrew's duties.

"We've all got our own little portfolios," Sophie told the outlet (via People magazine). "I don’t see anything changing, but if we’re asked to do more … I don’t know because it hasn’t really happened."

The mom of two noted that she is "pretty busy already."

Sophie, Countess of Wessex, represents Her Majesty The Queen as the Reviewing Officer at The Sovereign's Parade at Royal Military Academy Sandhurst on December 13, 2019, in Camberley, England.  (Chris Jackson/Getty Images)

"So I’m not sure how much more I can do," Sophie explained. "There are only so many hours in the day. People may pay more attention to what I am doing, but I remain as busy as I have ever been."

In November 2019, Andrew, 60, asked his mom, Queen Elizabeth, if he could “step back” from his public duties following a disastrous interview with the BBC about his relationship with the late Jeffrey Epstein.

Meanwhile back in January, Meghan, 38, and Harry, 35, made the shocking announcement that they would be stepping back as senior members of the royal family and completed their last official royal engagements in March. They have since relocated to the former actress' hometown of Los Angeles, Calif., with their 1-year-old son, Archie.

Sophie, Countess of Wessex and Meghan, Duchess of Sussex, attend the annual Remembrance Sunday memorial at The Cenotaph on November 10, 2019, in London, England. (Photo by Chris Jackson/Getty Images)

Elsewhere in the interview, Sophie wished the Sussexes well. “I just hope that they will be happy,” she told The Sunday Times.