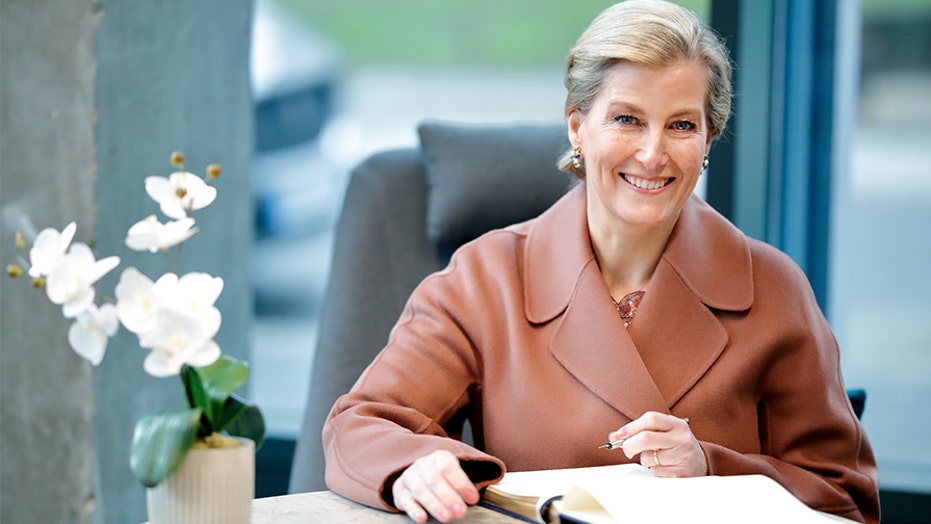 Sophie, the Countess of Wessex, says her two children -- Lady Louise, 16, and James, Viscount Severn, 12 -- might not be taking on any official royal roles, along with their Her/His Royal Highness titles, when they become adults.

The mom of two recently opened up about her kids, who are the grandchildren of Queen Elizabeth as Sophie, 55, is married to the monarch's youngest son, Prince Edward, and she shared a lot in a new interview with The Sunday Times.

"We try to bring them up with the understanding they are very likely to have to work for a living," she told the outlet (via Hello! magazine).

She continued: "Hence we made the decision not to use HRH titles. They have them and can decide to use them from 18, but I think it's highly unlikely."

Sophie also shared a little insight into what her kids' day-to-day lives look like right now. Per Hello!, the royal couple is typically private when it comes to their children, with Louise and James only appearing at a few events per year.

"They go to a regular school [they both attend top independent schools]. They go to friends for sleepovers and parties," Sophie said. "At weekends we do lots of dog walking and stay with friends. I guess not everyone's grandparents live in a castle, but where you are going is not the important part, or who they are. When they are with the Queen, she is their grandmother."

As for how Edward, 56, is as a father? "He is very good at barbecues, and the children love those. He takes our son fishing, does a lot of riding with our daughter, he is very engaged as a father," Sophie shared.

Sophie and Prince Edward tied the knot in 1999.

Elsewhere in the interview, Sophie spoke about how she handled joining the royal family.

“Remember, I’d had five years to adjust,” she said, according to People magazine. “And for our six-month engagement, I was even staying in Buckingham Palace. Not that you necessarily know how it will pan out.”