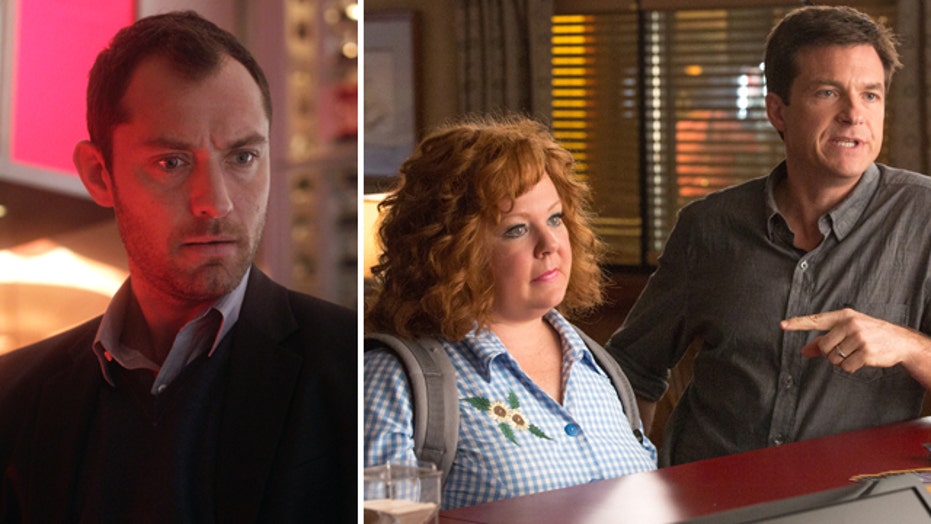 If we are to believe “Side Effects” is Steven Soderbergh’s final theatrical film before his retirement from movies, then he couldn’t have gone out on a more electrifying film.

As a director, Soderbergh is a chameleon. He was never afraid to experiment with technology or storytelling, allowing him the freedom to escape type. And now comes “Side Effects,” which features the psychological distance of “Sex Lies and Videotape” with the bold characters of “Erin Brockovich” and the twists and turns of his “Ocean’s” trilogy.

Rooney Mara (“The Girl with the Dragon Tattoo”) is astonishing as Emily Taylor, a young New Yorker dealing with the stress and grief of her husband (Channing Tatum) returning home from prison after being sentenced for insider trading. With her life in shambles, she makes a failed suicide attempt and winds up under the care of psychiatrist Dr. Jonathan Banks (Jude Law), who prescribes her the latest posh anti-depressant medication called Ablixa. At first the drug seems to work, recharging her energy and sexual appetite, but Emily starts to experience some drastic side effects.

Dr. Banks’ idyllic life is thrown drastically off-course when Emily’s situation becomes a media frenzy and the spotlight is pointed directly at him. Banks embarks on a dangerous journey to clear his name and repair his reputation.

“Side Effects” is essential Soderbergh with a dash of Hitchcock’s showmanship. Soderbergh immediately sets the mood over the opening credits with his dreamy photography and Thomas Newman’s indelible, hypnotic music, giving the sense that we’re coming off some sort of sedative. Everything feels a bit distant, slightly distorted and possibly ominous. This sensation runs the entire course of the film, making it one of the director’s most involving films in quite some time.

Jude Law is exciting as always and with “Side Effects,” he takes on the handle of a Hitchcock ‘wrong man.’ At first he is a victim of the media’s accusations of malpractice and his blind adamancy about his innocence is affecting. It’s hard not to feel sorry for the guy, even though he’s desperately pushing his way to the top of the medical ladder. However, things change for Banks as the plot thickens, as they say, and he goes on an incredible Sherlockian offensive. Law is such a blast to watch, especially here under Soderbergh’s direction.

Scott Burns’ script poses some tough questions about the current state of our over-stressed, overly medicated society. How much medication is too much where exactly is the line when holding a patient responsible for his/her actions or their doctor?  Burns’ script is brimming with crisp dialogue and nail-biting suspense.

Catherine Zeta-Jones is in her element as a powerful Greenwich, Connecticut psychiatrist lobbying for the drug Banks offers to Emily. She easily will command your attention any time she appears on screen. Her role is brief but gutsy and fantastic.

Channing Tatum takes on the smaller role, compared to his extensive output last year, of Emily’s criminal husband. Watching him perform alongside Mara is interesting, as she is a compact ball of energy ready to explode while he is as chill and nonchalant as they come. A seesaw of a relationship destined to break.

Hopefully “Side Effects” will not be Soderbergh’s final theatrical film. This film, more than “Magic Mike” or “Contagion” or even “Ocean’s 11” shows that there is a master filmmaker at work here, and knowing there won’t be any more Soderbergh films to come is a sad day for cinema.