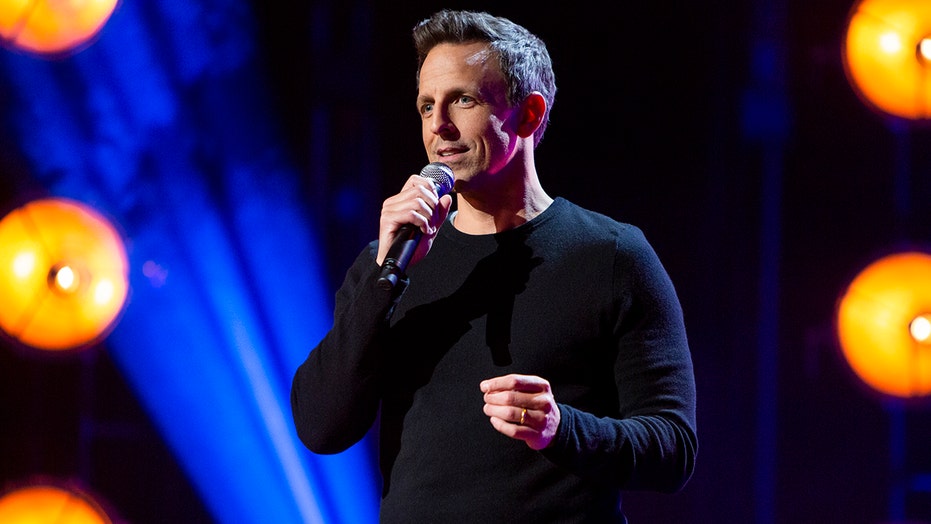 Seth Meyers is known for mocking President Donald Trump on his late-night show. However, for his upcoming Netflix comedy special, he’s offering viewers the opportunity to skip past his political rhetoric.

Fox News confirmed that Meyers’ comedy special “Lobby Baby,” which debuts on Netflix Tuesday, will show those who tune in a button as soon as the topic shifts from the star’s personal life to politics. If pressed, the button will skip to the next segment in which politics aren’t discussed.

SETH MEYERS: TRUMP 'BLEW THE WHISTLE ON HIMSELF' WITH COMMENTS ABOUT UKRAINE INVESTIGATING BIDENS

Unfortunately for those who are burned out on political jabs invading their entertainment, it doesn’t look like this feature will be a permanent feature in the streaming service’s application. A Netflix insider told Fox News it was a one-off feature for Meyers’ special and that it was actually the comedian's idea to include it as a sort of fourth-wall-breaking joke.

“We're thrilled he was able to take advantage of the Netflix experience in such a funny and innovative way," a Netflix spokesperson told Fox News.

“Lobby Baby,” a likely reference to Meyers’ wife giving birth to their child in the lobby of their New York City apartment building, includes roughly 8 minutes of skippable political jokes. Those familiar with the former “Saturday Night Live” writer’s comedy know that lambasting Trump plays a significant role. Prior to taking over “Late Night” in 2014, he hosted the White House Correspondents Dinner, where he took jabs at Trump, who was in attendance and remained stone-faced throughout. (Some think it was this very performance that hardened Trump's resolve to run for the top office.)

After Trump was elected in 2016, the comedian ramped up his “A Closer Look” segment on his show, which takes an in-depth look at the political news of the day and often shines an unflattering light on the Trump administration.