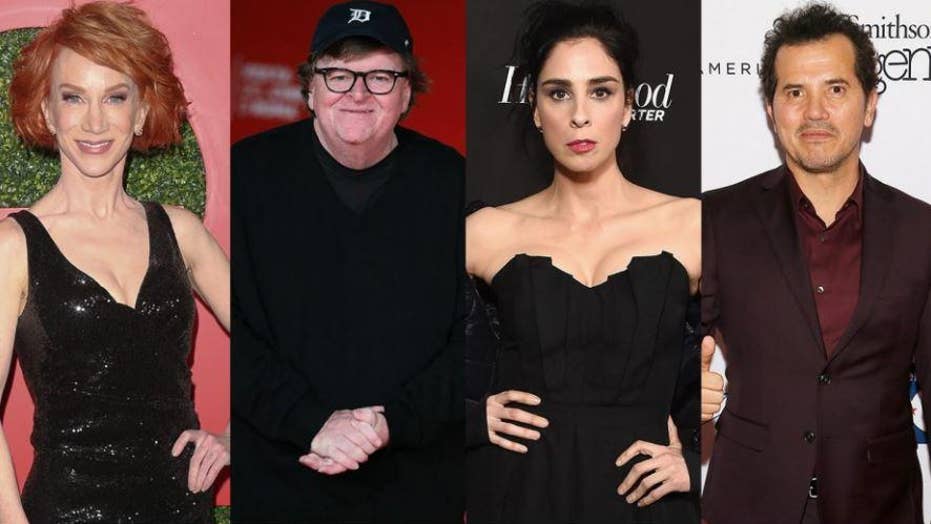 Celebrities react across Twitter to Donald Trump's southern border address to the nation.

Comedian Seth Meyers came under criticism after a tweet from the "Late Night with Seth Meyers" account was accused of mocking victims who were murdered by illegal immigrants.

The tweet was a response to President Donald Trump's speech on Tuesday, in which he referenced California police officer Ronil Singh, who was shot and killed, allegedly by illegal immigrant Gustavo Perez Arriaga, on Dec. 26, 2018.

Singh immigrated to the United States legally from Fiji.

The "Late Night" tweet read, "Is this Oval Office: SVU?"

Replies poured in, including from Fox News' own Greg Gutfeld, who wrote, "just wondering if there was anything less funny than seth meyers - turns out, it's his twitter feed."

Megyn Kelly chimed in, "I'm sure that's hysterical to the families of the murder victims the president just discussed."

Another fan wrote, "I've always enjoyed your humor but this is offensive. Fine if you don't want the wall but please don't make jokes about victims & their families. No one deserves to die and if they do, we can honor their memories. You're nothing short of a disgrace for forgetting that."

A rep for Meyers and "Late Night" did not comment.