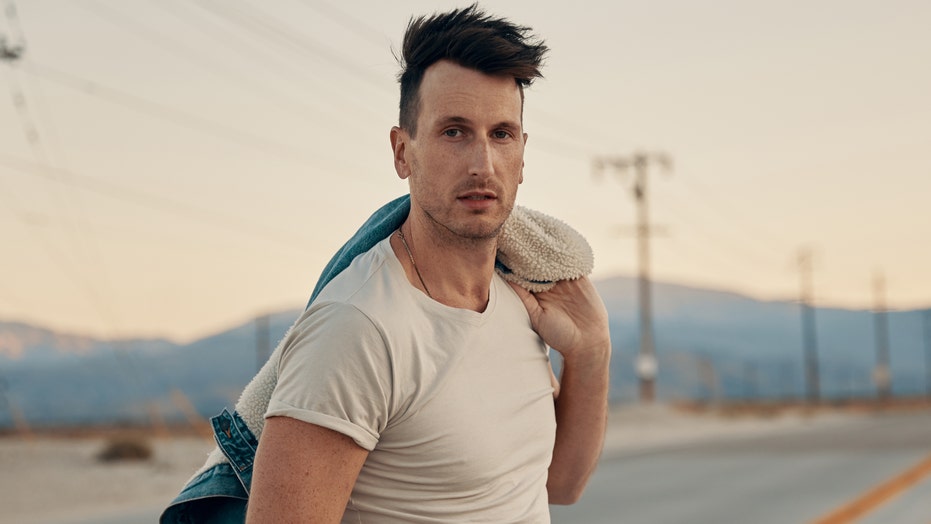 EXCLUSIVE: Russell Dickerson is about to be one busy musician.

With the recent release of his single, "Love You Like I Used To," which just crossed into the top 20 on the country charts and served as a precursor to more music, including a full album on the way -- the 33-year-old crooner has his hands full music-wise, but he's also about to become a first-time dad.

As he prepares for his newest album and fatherhood, Dickerson spoke with Fox News about his career, family and more.

Here are five things to know about the country singer-songwriter:

RUSSELL DICERKSON ON HIS NEW SONG 'LOVE YOU LIKE I USED TO,' THE PRESSURE OF CREATING HITS: I'M 'HERE TO STAY'

He and his wife Kailey are expecting a child very soon

Dickerson and his wife, Kailey, are expecting a child in early September.

"How prepared can you be, honestly?" the crooner asked after chronicling his preparation for a newborn.

Dickerson and his wife have been open on social media about their pregnancy, such as a post from mid-August in which the "Yours" singer said he was "soakin in these last few days ( [or] weeks)" of time with his wife before the arrival of the little one.

Not long after, he shared a photo of Kailey's baby bump.

"My little guy is IN THERE!" he gushed in the caption. "A human being. Our little chunky nugget is gonna be here soon!!!!!!"

His wife helps his career

When Dickerson played "Love You Like I Used To" for his wife for the first time, she wasn't terribly pleased.

"I think the title of the song is better than what you just played me," he remembered being told. With her constructive criticism, he "completely rewrote" the tune.

"She gives honest feedback," the singer praised. "Without her honesty, we wouldn't have gone back and rewritten the song. Now it's taking off."

Not only does Kailey provide some helpful feedback for her hubby, but she's also helped in other ways.

"She actually started getting into photography," he recalled of his college days with his now-wife. "She took my pictures for album covers and stuff like that."

His parents sparked his interest in music

Like many other singer-songwriters, Dickerson was "raised" in the world of music.

"My dad was the choir director at church ... and my mom played piano at church and she led the children's choir," he explained.

Not long after, he was taking piano lessons, and by the age of about 16, he'd picked up the guitar.

"That's when I got hooked," he shared. "When you've got that guitar and you can play along with all of your favorite songs in your room or whatever, that's what got me hooked on music."

He has eclectic taste in music

It would be easy to assume that because he's a country musician, Dickerson's influences would lie within the same genre -- that's not the case.

That's not to say he doesn't have influences in country music, however.

After citing Keith Urban and Brad Paisley as his "modern influences," he said he's a fan of Johnny Cash, George Jones and Jim Reeves.

"It's kind of all over the place," he admitted.

His next album is coming soon

Fans of Dickerson's can expect more music from him in the coming months, as a new record is coming "later this year."

"We're tightening up the last song that we've got to tighten up and it should be done pretty soon," the singer revealed. "We've got another song coming out in, I think, September."

Luckily, Dickerson said he finished recording "right before quarantine," so even the spread of coronavirus can't keep his music tied down.

"It was me, sitting in my studio and then via this internet streaming mix website, I can hear exactly what my mix engineer hears and that's how we mixed the record," he recounted. "I actually kind of like it because I can just walk downstairs and I don't feel like I'm wasting anybody's time."