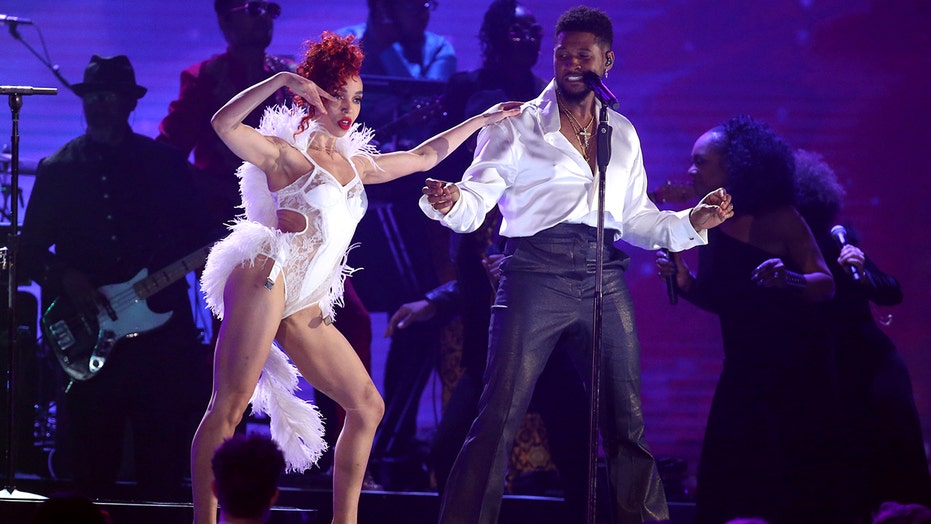 Reactions are mixed over Usher’s tribute to the late artist Prince at the 2020 Grammy Awards on Sunday.

The 41-year-old singer took the stage to sing a medley of Prince’s hits such as “Little Red Corvette,” “When Doves Cry” and “Kiss.” He was joined by longtime Prince collaborator Sheila E. as well as FKA twigs, who danced alongside him throughout the performance.

The famed “Purple Rain” singer died in 2016 at age 57 and was honored with a tribute led by Bruno Mars at the 2017 Grammy Awards. However, according to Entertainment Weekly, the Recording Academy decided to run another Prince tribute in 2020 ahead of its upcoming special about the late artist that will feature Beck, Common, Gary Clark Jr., St. Vincent, Earth, Wind & Fire, Foo Fighters, H.E.R., Juanes, Alicia Keys, John Legend and more.

The special is scheduled to air sometime in 2020.

GRAMMYS 2020 CRITICIZED FOR MISSPELLING RIC OCASEK, OMITTING NAMES IN THE 'IN MEMORIAM' SEGMENT

Despite Usher running through a few of Prince’s greatest hits, not everyone was on board with the second tribute. Several users took to Twitter to lambast the singer for what they considered to be a lackluster performance.

“I just know prince in heaven watching this tribute like,” one user wrote over a gif of Prince shaking his head, seemingly in disappointment.

"Why was this pole dancer necessary for #Prince ... this aint it #GRAMMYs," another user said, referencing FKA twigs' dancing.

"Usher just stop.. no one can do Prince but Prince.." another user noted.

"I loved Prince more than I can put into words. But I do not like when others perform his songs as a “tribute”. They just don’t compare," a fourth user agreed.

However, despite all the negative attention that Usher's tribute received, many took to Twitter to defend and compliment the star on his performance.

"@Usher was fire🔥 tonight such a good impersonation of prince," another user said.

"I really grew up with both Prince & Usher and to see this POWERFUL performance is ASTOUNDING," another user wrote.