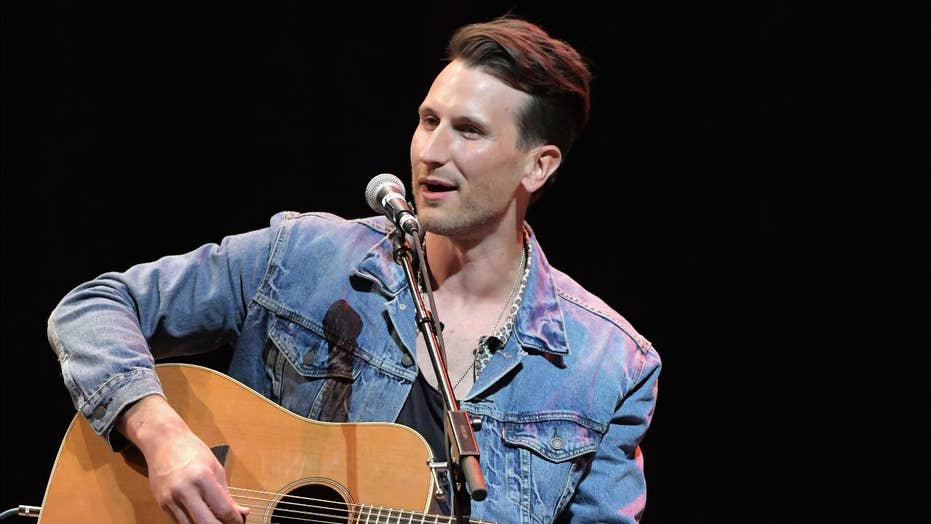 Country star Russell Dickerson on his new single being inspired by his wife and how he got his big break in music.

NEW YORK – These days it's hard to turn on a country radio station without hearing one of Russell Dickerson's hits — think "Blue Tacoma" and "Yours." But it wasn't that long ago that Dickerson was struggling to have his music heard.

"It's definitely been a slow journey," the country singer told Fox News. After graduating from Belmont University, Dickerson landed a publishing deal in 2010 but it would take nearly a decade for the singer to gain recognition for his music.

Turns out all Dickerson needed was a video camera, $6 and his supportive wife, Kailey.

That's when Kailey and Russell decided to take matters into their own hands.

"We're like, alright, we're going to do this on our own," he said, smiling at his wife, who joined the singer in the studio. "So we shot this music video for 'Yours' and if you watch it on YouTube, it's just me walking down a road and my wife is in my SUV just shooting out of the back and it just starts raining and there's lightning everywhere.

"It was this God moment, totally."

Shortly after the video, which only cost $6 to make, was released, a country music industry exec got in touch with Dickerson and that's when everything "snowballed into this perfect storm" and "put me on the map."

Now, the 31-year-old is riding high off of the success of his third single, "Every Little Thing," which he wrote about his wife.

"It is about my wife and all the little quirky things that I love about her," the crooner gushed. "There's a line in the song that says, 'She's Seattle and Sonoma, runs on coffee and red wine.' [It's] one of my favorite lines of the song."

Dickerson said he wrote his first record shortly after tying the knot with his college sweetheart so the album reflects their "newlywed phase."

The two have been married for five years but now that Dickerson's career is taking off, they are committed to setting aside alone time.

The Dickersons' schedules are about to get even busier as the singer kicked off his tour with fellow artist Carly Pearce. In the summer, he's also touring with singer Thomas Rhett, with whom he will perform at Madison Square Garden — a career highlight for Dickerson.

"I feel like God's given me this dream of being on stage and writing a song, even of getting a tour bus," he said, reflecting on how far he has come. "All of these dreams he put into my mind and into my heart are finally coming to fruition."