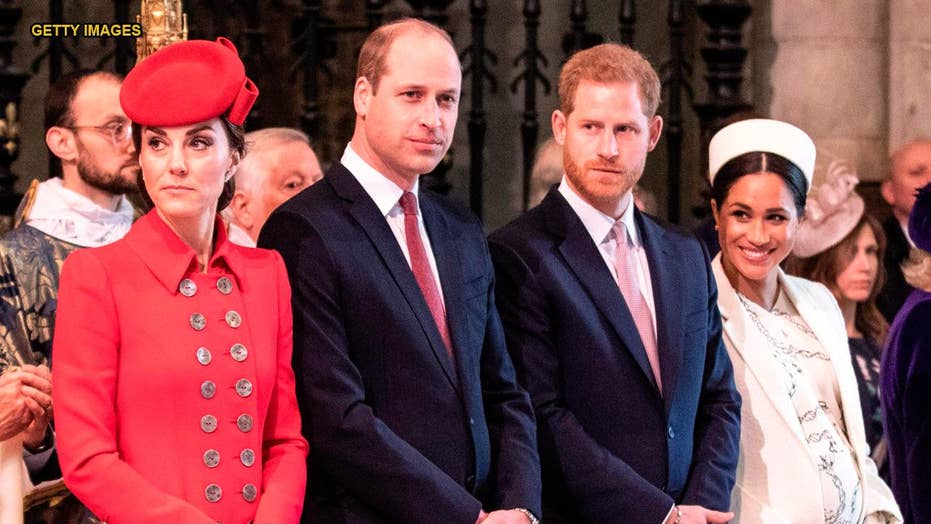 Despite rumors of a feud between the royal couples, Prince William and Kate Middleton shared a sweet message for Meghan Markle and Prince Harry following the birth of their newborn baby son.

Princes William and Harry may be embarking on separate paths as royals, but one palace insider is insisting the brothers still need to work out their differences.

“There is a lot of hurt and a lot of unresolved issues between the boys and no one to help mediate,” a friend of the duo told People magazine for this week’s cover story.

“Petty grievances can become huge conflicts between all the royal offices if they aren’t managed correctly, and that’s exactly what’s happening now," added the source.

According to the outlet, part of the trouble stems from the 2017 departure of Christopher Geidt, the longtime private secretary of their grandmother, Queen Elizabeth II. Geidt has been known to help smooth over any differences between the brothers.

Prince Harry (left) and his older brother Prince William watch a flypast to mark the centenary of the Royal Air Force from the balcony of Buckingham Palace on July 10, 2018, in London, England. (Photo by Max Mumby/Indigo/Getty Images)

Royal historian Robert Lacey previously told the outlet he isn’t surprised to hear that there might be some differences between the brothers as they take on royal duties.

The outlet noted that the Queen, 93, has handed off many of her duties to her heir Prince Charles, their father, with William, 37, “sliding in behind him.”

Britain's Prince Harry and Meghan, the Duke and Duchess of Sussex arrive to attend the WellChild Awards Ceremony in London, Tuesday, Oct. 15, 2019. (Photo by AP/Kirsty Wigglesworth)

“William is the future king,” a source close to the royals revealed. “There is going to be some competitiveness between him and Harry. That already puts a rock in the relationship.”

Numerous sources have long insisted there were deep tensions between the brothers after Harry, 35, revealed to his family he wanted to marry American actress Meghan Markle after less than a year of dating. When William cautioned Harry that the whirlwind romance was moving too quickly, Harry reportedly became angry and hurt.

William dated Kate Middleton for about eight years before tying the knot in 2011.

In October of this year, a palace source told the BBC that William was said to be hoping his brother and Markle, 38, “are all right” and felt the duo “were in a fragile place” after the couple opened up about struggling with tabloid rumors and fierce media scrutiny in a tell-all documentary.

Kensington Palace had no comment concerning the couple speaking out to British journalist Tom Bradby for ITV’s documentary “Harry & Meghan: An African Journey,” which aimed to give audiences a behind-the-scenes glimpse into the couple’s recent royal tour of southern Africa.

But it was in that same documentary where Harry hinted at the ongoing rumored rift between him and his older brother.