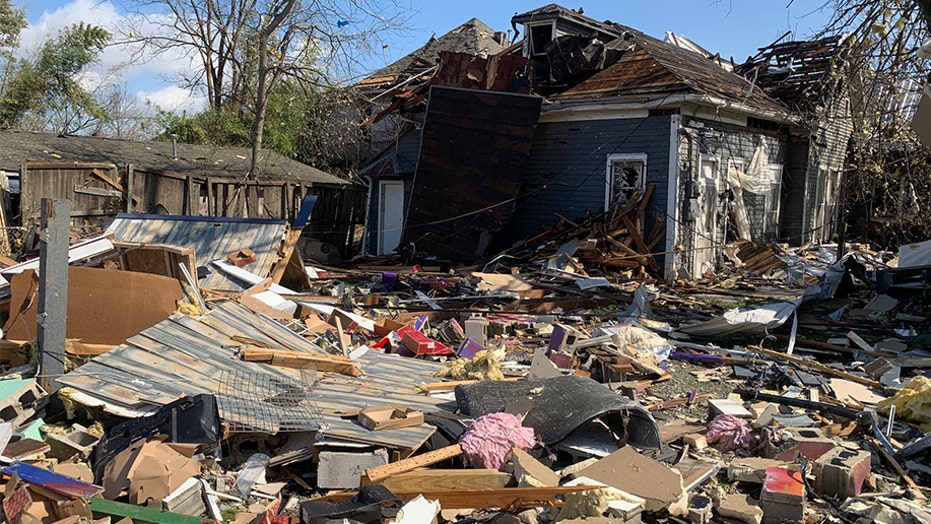 Musicians in Nashville, Tenn., are coming together to hold a benefit concert Monday to raise money for people impacted by tornadoes that ripped through the state earlier this week and left several dead.

Tickets for the show were already sold out Friday but it will also be broadcast on Lightning 100.1 FM.

Some in Nashville's music community were touched by the storm that hit early Tuesday. East Nashville music venue The Basement East was hit, as well as the office for Dualtone Records, which works with artists like The Lumineers and Amos Lee.

Country music''s biggest stars who live in Tennessee took to social media to mark themselves safe and share their condolences to those impacted by the natural disaster.

Carrie Underwood, who calls Nashville home, was out of town when the tornadoes touched down but appeared on the “Today” show Tuesday to reveal that her husband and kids were unharmed thanks to a safe room they have in their home.

Dolly Parton, who also lives in Nashville, posted a video message revealing that she’s OK and telling those not as fortunate that she’s with them.

Dierks Bentley revealed he was safe and showed some scary video of the storm rolling into the city.

A roof from a nearby business lies in the front yard of a home Wednesday, March 4, 2020, in Nashville, Tenn. Residents and businesses faced a huge cleanup effort after tornadoes hit the state Tuesday, killing 24 people and leaving many others missing.  (AP Photo/Mark Humphrey)

"We ducked around this cell and landed at john tune airport around 11:30 last night. Glad we landed when we did. Wouldn’t have been good an hour later. It was the cell that turned into the tornado. Lot of people lost their homes. No one comes together as a city like Nashville does," he wrote.

The tornado near downtown Nashville lit up the night sky with flashes of light as transformers blew and the storm reportedly stayed on the ground into Hermitage, about 10 miles east of the city.