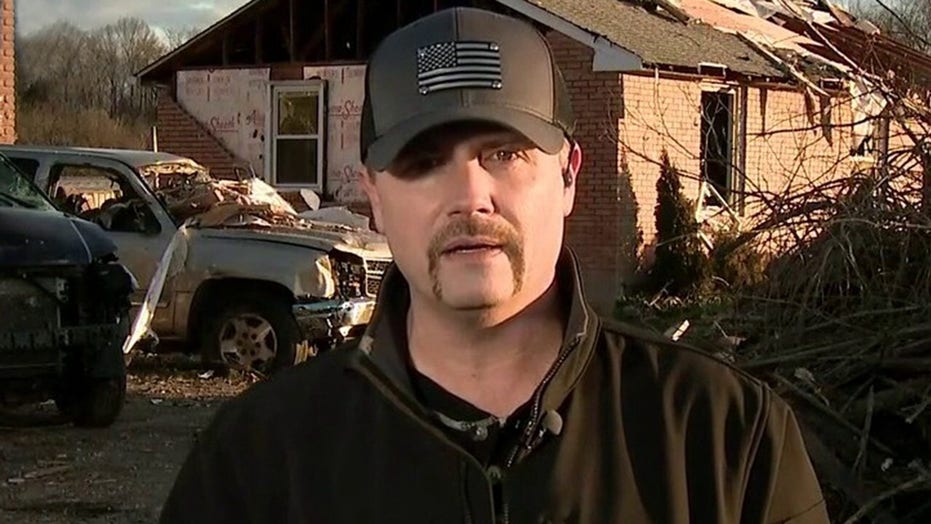 Country music star and Fox Nation host John Rich predicted that President Donald Trump will be "shocked" when he arrives in Nashville, Tenn. on Friday to see first-hand the devastation wrought by a series of powerful and deadly tornadoes that hit central Tennessee on Tuesday.

"I think he's going to be shocked, it's a shocking thing to see," Rich said on "Fox and Friends" on Friday, as he stood before the rubble of a suburban Nashville neighborhood.

"You see what it looks like behind me," he continued. "It literally looks like matchsticks. And unless you've actually stood here and looked at something like this, it's hard to totally grasp what it is."

The tornadoes' paths of destruction began after midnight on Tuesday, when most people were asleep. The storms killed at least 24 people and left many more injured.

"This tornado hit Nashville-proper and then it started to hop and skip... it's strung out over 60-70 miles," said Rich. "There's a house right over here, all I see is a refrigerator and a bathroom -- that's all that's there. But apparently those people survived. I don't know how, but they did."

Rich pointed out that one of the buildings struck by the tornadoes was Donelson Christian Academy, which is usually filled with 1,500 students during the daytime.

"Donelson Christian school, I'm sure they're going to need a lot of help, getting back up on their feet. They've been around a long time," said Rich. "Actually Lee Greenwood's wife, Kim Greenwood, went to school here. So, there's a lot of roots that run very deep with all of us.

Rich spoke about his connection to Nashville in a recent episode of Fox Nation's "The Pursuit!" when he sat down with Grammy-award winning singer, songwriter Gretchen Wilson.

They spoke about their chance meeting in a Nashville bar that led to their life-long friendship and their Grammy-winning song, "Redneck Woman." 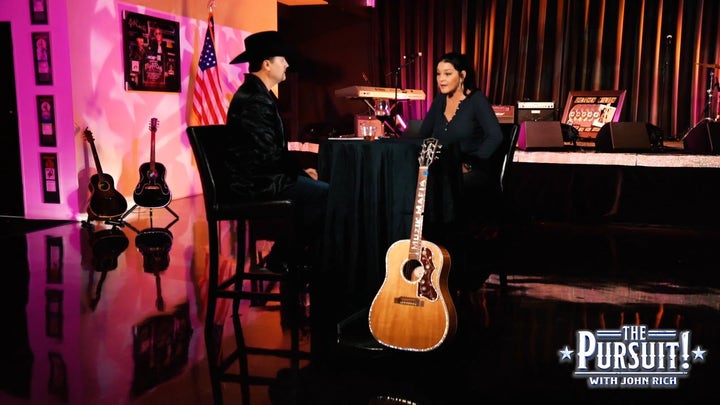 "The night that we meet I went down there and I sang, I think, "Voulez-vous coucher avec moi," said Wilson.

"I was sitting there with Big Kenny and we didn't have a record deal or nothing, either," remembered Rich. "I mean, we had nothing. We're just hanging out, writing songs, going, 'What are we gonna do next?'"

Rich recalled that he and Big Kenny, his partner in their band Big and Rich, were blown away by Wilson's performance.

In 2004, Gretchen Wilson won the Best Female Country Vocal Performance Grammy award for "Redneck Woman," which she co-wrote with Rich.

"The country music community is in full force right now to do everything we can to get folks back up on their feet," Rich told the hosts of "Fox and Friends." "It's nice to see that even though our country debates and argues about all this stuff, all the time politically, it's nice to know we still have each other's backs when stuff like this goes down, and we've definitely seen that here in Nashville."

Rich suggested that if people want to donate to help the community in Nashville and the surrounding areas, they can donate to the Community Foundation of Middle Tennessee at CFMT.org.

To watch all of Rich's interview with Gretchen Wilson on "The Pursuit! with John Rich" and hear more about their connection to Nashville, go to Fox Nation and sign up today.