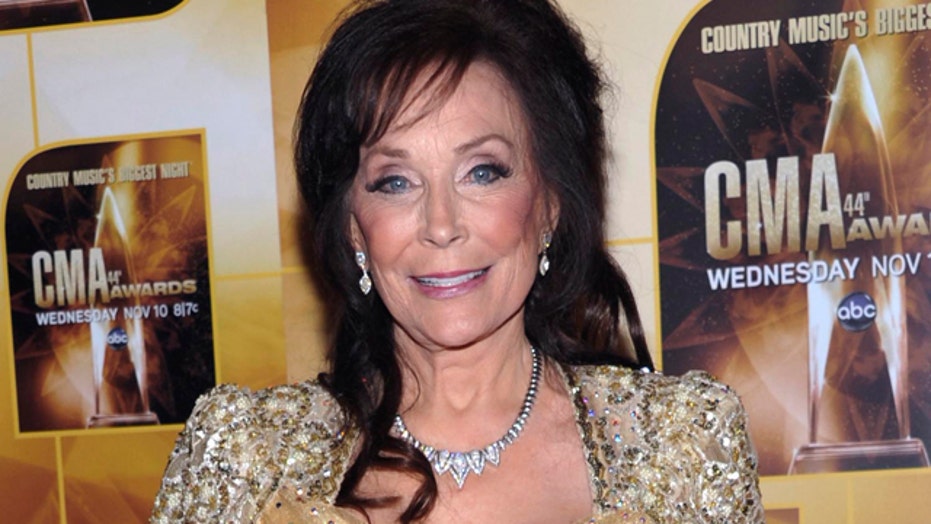 Loretta Lynn is doing all she can to help the Nashville tornado victims who lost their homes after the deadly vortex ripped through parts of Tennessee this week.

The country music legend told Fox News that her beloved ranch in Hurricane Mills, Tenn. — located a little over an hour outside of Music City — is offering discounts to those who need assistance.

"My ranch is offering discounted lodging and campground spaces for those who have lost their homes and need somewhere to go. If we all pull together, we'll all make it," Lynn, 87, told Fox.

LORETTA LYNN DECLARES COUNTRY MUSIC IS 'DEAD': 'I'M GETTING MAD ABOUT IT'

The "You Ain't Woman Enough" singer confirmed to Fox News that the Loretta Lynn Ranch, which serves as an event venue, campground and tourism destination in the Southern state, sustained "no damage."

She also shared a positive message for her fellow Tennesseans during such a devastating time.

"My heart breaks for everyone who lost loved ones and those lost their homes in the tornado this week. One thing I know for sure is that Nashville will rebuild and be stronger and better," Lynn said. "I also know we will all pitch in and help one another and take care of each other."

The death toll jumped to at least 22 people as of Tuesday afternoon after tornadoes touched down in central Tennessee. Police and fire crews spent hours pulling survivors and bodies from wrecked buildings.

Other country stars have since spoken out since the devastation. Carrie Underwood revealed that her husband, Mike Fisher, and their two sons hid in a "saferoom" as the tornados tore through the state.

Expectant mother Maren Morris shared a photo of a nearly leveled building on her Instagram story, sharing with her fans that she's alright.

"The tornado must have missed our block by an inch because we are alright but I am so depleted looking at the damage that has happened to our beautiful city," wrote Morris, 29, in the post. "There are so many people in the streets helping already, though. Thinking of those who lost their loved ones + homes."

Kacey Musgraves also announced her safety on Twitter, as well as plans to help those affected.

The tornadoes were spawned by a line of severe storms that stretched from near Montgomery, Alabama, into western Pennsylvania.

One tornado touched down near downtown and reportedly stayed on the ground for about 10 miles, heading into Nashville's eastern suburbs, following a path parallel to Interstate 40 and causing more damage in Mt. Juliet, Lebanon, Hermitage, and other communities.