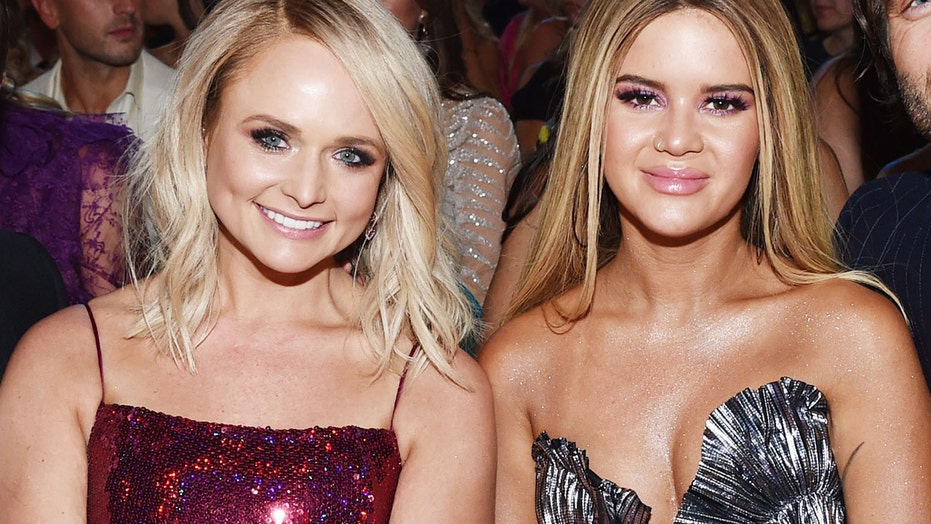 Maren Morris knows she 'ruffles feathers,' speaks up because 'not many country artists' do in Playboy Q&amp;A

The country artist said she has come to terms with speaking up being her role within a genre in which she says not many people do.

Lambert, who is taking the "Girl" singer out on the road with her this year for her "Roadside Bars and Pink Guitars" tour, only had kind words for Morris' steamy photos.

"Maren is hot, so I say good for her," Lambert, 35, told the Chicago Sun-Times."Hey, us women, we are doing something right. Let them keep blogging and putting us on magazine covers. We must be important enough to keep talking about."

MAREN MORRIS FIRES BACK AT CRITICS OF HER TOPLESS PLAYBOY SHOOT, SAYS SHE'LL 'PUT THESE PHOTOS IN A FRAME'

Morris, 29, told the magazine that she "knew it would piss some people off that I was in a bra top" but she defended the pictures, saying she drew inspiration from country legend Dolly Parton who posed for Playboy in 1978.

"I remember Dolly Parton’s amazing Playboy cover and reading about the drama surrounding this wholesome figure being part of a magazine that has showcased naked women for decades," Morris told Playboy. "It was such a faux pas in country music, and yet she ended up making one of the most iconic Playboy covers of all time. Not many other country artists have done that."

MIRANDA LAMBERT 'LOVING' BEING A STEPMOM TO HUSBAND BRENDAN MCLOUGHLIN'S SON: 'THIS IS A WHOLE NEW JOURNEY'

Lambert wasn't the only singer supporting Morris after some fans felt the pictures were too sexy. Ryan Hurd, Morris' husband and fellow country star, loved his wife's shoot.

Hurd shared one of the Playboy pictures on his Instagram, captioning it: "Taken...sorry boys and girls."

Morris, who recently celebrated one year of marriage to Hurd, told Playboy her husband was very supportive of the pictures.

RYAN HURD OPENS UP ABOUT NEWLYWED LIFE WITH MAREN MORRIS: WE JUST 'FIT'

"Being married for the past year has also helped me figure out more who I am independently," she said. "For example, my husband is very much a feminist, and I’ve never really done anything that’s freaked him out. He has always been accepting. Even with Playboy, he was like, 'That’s really hot.' It’s awesome to be with somebody who is an equal and isn’t trying to make you feel like a skank because you’re proud of your body—someone who’s not watering down your ideologies for patriarchal and bulls--t standards that women in country music have been locked into for the past several decades."