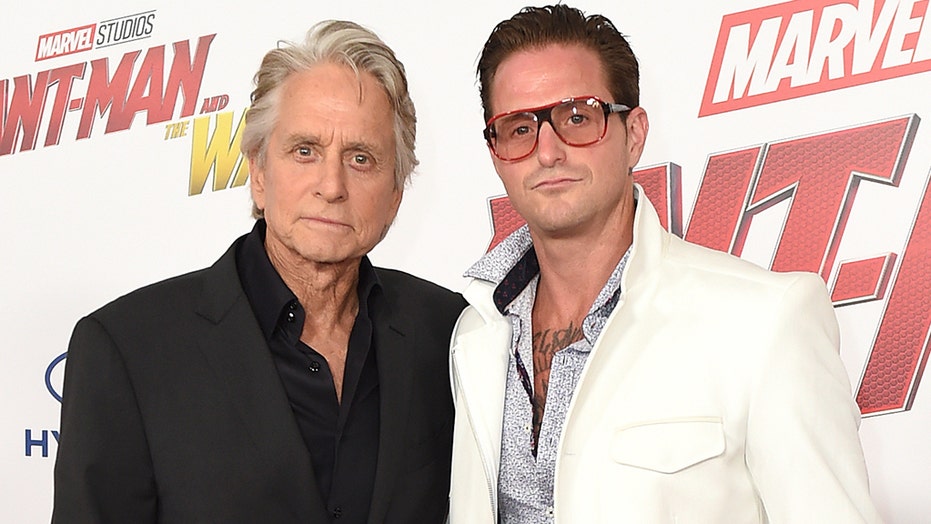 Cameron Douglas is all too familiar with addiction.

His uncle, Eric Douglas, passed away in 2004 at age 46 from a drug overdose. Years later, Cameron also found himself heading down a path of self-destruction.

The son of Michael Douglas and grandson of Kirk Douglas has penned a memoir titled “Long Way Home,” which details his personal struggles and recovery.

“The ups and downs of drug addiction are entirely predictable… There’s a comfort in that,” the 40-year-old wrote in his book, which was excerpted by People magazine.

MICHAEL DOUGLAS DISHES ON HIS ADVICE TO DAUGHTER CARYS AS SHE STARTS DATING: 'WHAT DO YOU MEAN YOU'RE FRIENDS?’

“[Drugs] were, for me, a path out of loneliness,” added Douglas.

According to the outlet, Cameron Douglas started drinking and smoking marijuana as a teenager before he developed a full-blown addiction to cocaine and heroin.

Douglas shared that growing up as an only child to a very young mother and a famous father, who was often away, became increasingly difficult.

“I was maybe trying to make sense of things ... and trying to figure out where I fit in,” Douglas told People. “Then there were the awkward [teen] years and for whatever reason, I started drifting towards kids who were smoking, drinking and [other] things and I tied that in with friendship ... and then it just kept going from there.”

By his 20s, Douglas was dealing methamphetamine to support his habit, the outlet revealed. Douglas’ addiction became so severe he was using cocaine daily and endured drug-induced seizures

“I hated the wreckage I saw in my life because of drugs, but I just couldn’t stop,” explained Douglas. “It’s the sneaky power, the stranglehold that addiction has when you’re in the throes of it,” he said. “When you get that far down the rabbit hole, there are a couple options: there’s prison and then there’s death.”

In 2009, a DEA sting operation landed Douglas behind bars and he received a five-year prison term for conspiracy to distribute meth and cocaine. His sentence was extended by another five years after he was found with drugs while incarcerated.

“Something inside of me broke,” he said.

“For a long time I quite honestly thought I just wasn’t put together properly, that I didn’t have the characteristics necessary for real success in life,” said Douglas. “I know now that was the addiction talking.”

Douglas spent nearly eight years in prison before being released in 2016.

Today, Douglas is a proud father to daughter Lua, 1, whom he shares with longtime girlfriend Viviane Thiebes, 41. Douglas is also pursuing the family business and embarking on an acting career.

Douglas said he feels “deep gratitude” that his family never gave up on him. Now, he hopes his story will inspire other addicts to “seek help — and maybe save a life.”

Michael, 75, previously admitted to People that he and Douglas’ mother, model and producer Diandra Luker, 63, believed their son would ultimately succumb to his demons.

“There were moments when hope dwindled ... and then it’s just a train out of the station,” Michael confessed. “Life became a series of crises. I thought I was going to lose him.”