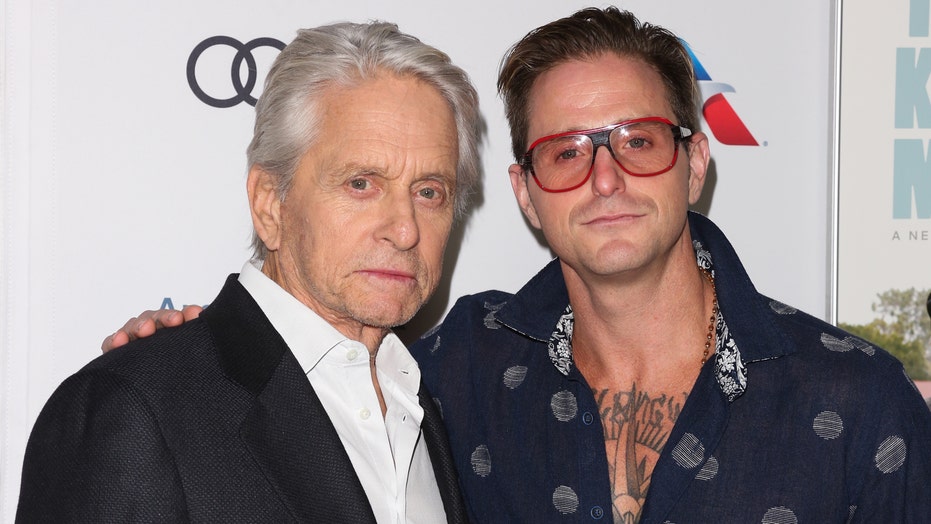 Michael Douglas and his eldest son Cameron have opened up about how drug addiction impacted both their lives in a candid interview.

Cameron, now 40, says his addiction issues started in his teens and escalated to heroin and cocaine use. In his 20s, Cameron began dealing methamphetamine. His addiction was so intense his father and mother, model and producer Diandra Luker, 63, believed they would lose Cameron.

“I hated the wreckage I saw in my life because of drugs, but I just couldn’t stop,” Cameron admitted to People magazine.

MICHAEL DOUGLAS ON BECOMING A FIRST-TIME GRANDFATHER, AGING IN HOLLYWOOD: 'I DON'T LIKE THE LACK OF STAMINA'

His parents kept trying to intervene but Cameron continued to use regularly and was suffering from seizures as a result.

“There were moments when hope dwindled ... and then it’s just a train out of the station,” Michael confessed. “Life became a series of crises. I thought I was going to lose him.”

Cameron described addiction as having a "sneaky power" and a "stranglehold" over him. He believed his two options were prison or death.

In 2009, he was given a five-year prison sentence for conspiracy to distribute meth and cocaine. Another three years was tacked on for possession behind bars. During his stint, Cameron got sober and he was released in 2016.

Now, he's focused on raising his 22-month-old daughter Lua with girlfriend Viviane Thiebes and returning to the acting circuit.

Ultimately, Cameron says he wants to inspire other addicts to “seek help – and maybe save a life."