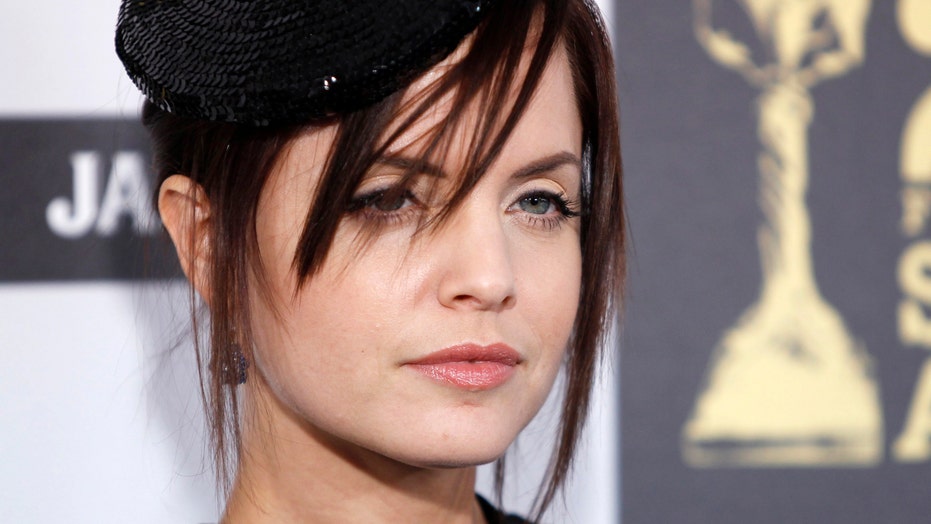 A trailer dropped this morning for "The Murder of Nicole Brown Simpson," starring Mena Suvari as the ill-fated titular character.

But if you think you know Simpson's story, think again. This film seems to suggest that O.J. Simpson -- the athlete and estranged husband who was acquitted of her murder in 1995 -- is not the alleged killer.

Very quickly, the trailer shifts blame from O.J. to a man named Glen Rogers, a handyman Nicole hired to help around her house.

Also featured in the film is "Orange Is the New Black" star Taryn Manning, who plays Nicole's friend Faye Resnick. Interestingly, the film suggests that Nicole and Resnick may have been entangled in a romantic relationship.

Also making an appearance in the trailer was Kris Jenner during her days as a Kardashian. Kris was a close friend of Nicole's, and is the ex-wife of Robert Kardashian, one of O.J.'s lawyers.

25 YEARS LATER, WHERE IS THE O.J. SIMPSON CHASE BRONCO?

The trailer ends with Nicole and her friend Ron Goldman -- who was also found dead at her home in '94 -- fighting for their lives.

No premiere date has been set as of yet.

In 2012, an Investigation Discovery documentary titled "My Brother the Serial Killer," was released. It examines claims by Rogers' brother, Clay, who relays his brother's tale of confessing to the murders while on death row, according to People magazine. (Rogers was a serial killer known as the "Casanova Killer" convicted of killing two women.)

Goldman's sister, Kim, slammed the controversial doc at the time.

In a statement, Kim said she was “appalled at the level of irresponsibility demonstrated by the network and the producers of this so-called documentary,” and that they were never notified that the main character had confessed to her brother’s death.

Nicole's sister also spoke out, dismissing the revelations in the documentary, claiming Rogers is not as “famous as he wants to be."

Simpson, however, sang a different tune. "O.J. absolutely loves it,” a source told Fox News in 2012. “He loves that the documentary is out and the idea that people are talking about him but he’s not the one being blamed. Typical O.J. stuff.”

Also in 2012, the LAPD responded to Rogers' claim.

"We have no reason to believe that Mr. Rogers was involved," Cmdr. Andrew Smith said. "Nevertheless, in the interest of being thorough in this case, our robbery homicide detectives will investigate his claims."

Although Simpson ultimately was not convicted of killing Nicole and Goldman, he was ordered to pay a $33.5 million civil judgment to their families.

Simpson would eventually spend nine years in prison after being found guilty of the armed robbery of sports memorabilia from a hotel-casino in Las Vegas. He was released on parole in 2017.