Goldman and Brown families won $33.5 million lawsuit against O.J., but most has reportedly not been paid; attorney John Q. Kelly weighs in.

John Q. Kelly said Wednesday on "Shepard Smith Reporting" he celebrated the ruling and felt the families were given some closure after the brutal death of their daughter and the following "trial of the century" that gripped the country.

"Just the right result at the end. It went a lot more smoothly than the criminal trial," Kelly said when host Shepard Smith asked about his "lasting memory" from the civil trial.

Kelly's comments come 25 years after the murders of Brown Simpson and her friend Ron Goldman. Simpson was found not guilty in the 1995 criminal trial but liable in a wrongful death suit two years later.

"Not much of anything. I auctioned off some personal property. His pensions were excluded from any collection process by law, so we couldn't get them," he said.

"That's what he's living off of now, pensions from Hertz, the NFL," he added of Simpson, who is a former advertising pitchman for the car rental company. 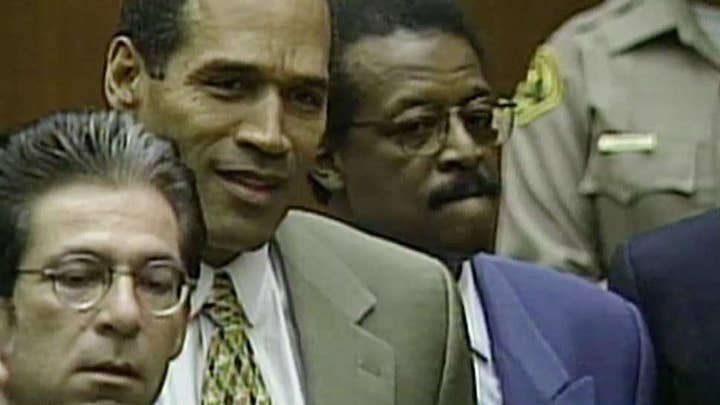 Kelly said the cases were also remarkable because they came in the aftermath of the Rodney King riots of 1992.

"Fifty people were killed, 2,000 injured. Part of L.A. was burning down," he said, adding he believed a "tinder box" existed between the African-American community and law enforcement that lasted through Simpson's acquittal.

He noted while the 1994 NBA Finals were interrupted for coverage of Simpson's intense white Ford Bronco chase, the civil case he took part in broke into coverage of another important event.

"They interrupted Clinton's State of the Union to address the verdict."

"One, of a very weak judge, the now-infamous judge in the criminal case," Napolitano said of Judge Lance Ito, adding he believed the Los Angeles jurist was, "alternately charmed and bullied by O.J.'s team."