Mel B tells all in a new interview with Piers Morgan, from her split from Eddie Murphy and her divorce from Stephen Belafonte to her true feelings about Geri "Ginger Spice" Horner and Victoria "Posh Spice" Beckham — though she was somewhat coy about rumors of a fling with actor Zac Efron.

In her sitdown, which aired on Saturday night, Mel B detailed why she has a longstanding beef with Horner: She's upset that the redhead Spice Girl left the group at its height.

"I was so sad and I was really, really, really angry because we started this together, us five, and it wasn't meant to happen if it's not us five," Mel, 43, lamented on "Piers Morgan's Life Stories" (via The Daily Mail). "And she left in Oslo on my birthday, the day before my birthday, just to really stick it to me. What a b—h."

She added, "I love Geri to bits, but she's bats—t crazy. I'm crazy in just like a humble northern way, Geri's crazy in a different way."

Mel previously infuriated Horner, 46, when she claimed that they'd slept together.

Mel also had strong words for Beckham, who skipped out on the Spice Girls reunion tour, which kicked off on Friday.

"She's a bit of a b—h but I love her," Mel said of Posh. "I'm gutted she is not going to be there, but still holding a candle that she does."

Mel also admitted that she believes Murphy, with whom she shares 12-year-old daughter Angel, is the love of her life. 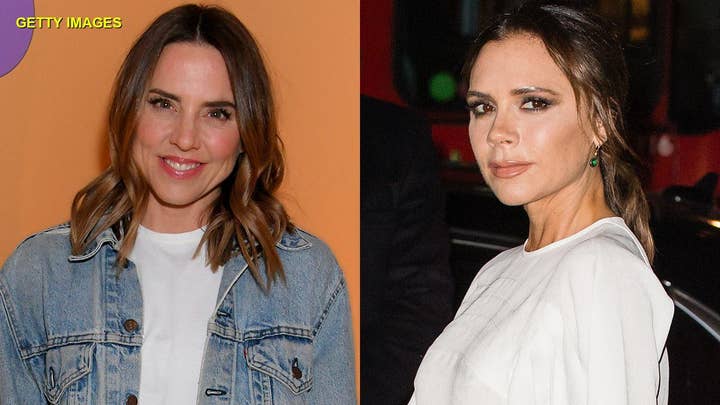 "We had something special that I've never really truly felt with anybody else," she told Morgan. "I've thought I've had it, but they've lied. His was pure. He is the love of my life. He always will be. He showed me what true love feels like, and for that, I have the utmost admiration and respect for him."

She says that her romance with Murphy hit the kids after she got pregnant and he publicly questioned his paternity. She said, however, that her pregnancy was planned and that they were "madly in love" before it went "dramatically wrong."

Her other big heartbreak was the death of her father.

MEL B SHOWS OFF ROCK-HARD ABS IN LEOPARD PRINT BIKINI

Mel revealed that it was his passing in March 2017 that moved her to divorce Stephen Belafonte, who she accused of abusing her. Belafonte has denied the allegations.

On a lighter note, Mel also somewhat confirmed rumors of a sexy romp with actor Efron.

When Morgan asked her if she'd hooked up with the "Extremely Wicked, Shockingly Evil and Vile" star, she didn't deny it, simply shrugging her shoulders and smiling.