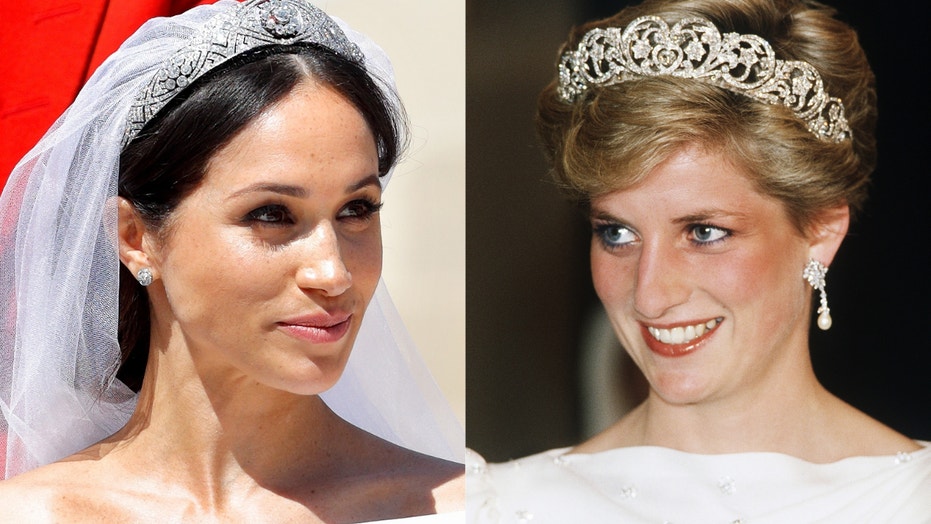 Decades before Meghan Markle and Prince Harry announced they would be splitting their time between the United Kingdom and North America, the former “Suits” star’s late mother-in-law had reportedly yearned to start a new life in the United States herself -- on the West Coast.

The Duke and Duchess of Sussex announced on Wednesday they will take “a step back” as senior members of the royal family and instead, work independently, splitting their time between the United Kingdom and North America.

Paul Burrell served as a footman to Queen Elizabeth II before he began working for the Princess of Wales in 1987 until her passing.

In October 2019, Burrell told Fox News he suspected that like Princess Diana, the couple would eventually consider leaving the UK altogether to escape the intense British press.

“Diana was looking for a refuge to take her children,” said Burrell at the time. “She looked at South Africa herself because [her brother] Charles Spencer has an estate in South Africa. So the princess decided to disguise it by going to visit Christiaan Barnard, the heart surgeon. She was also looking for an estate or property, but she couldn’t find one in South Africa, and security was an issue there.”

Burrell alleged Diana was considering moving across the pond.

“She turned her search to America,” he claimed. “Ironically, we had the plans for a house on the west coast of America in Malibu. It used to be owned by Blake Edwards and [his wife] Julie Andrews. We had the plans for that house, and we dedicated the rooms to William and Harry and the princess. Myself and my wife and the children were going to live above the house. So her future was turning towards America."

“And I do believe wholeheartedly that Meghan will want to bring up her children as half American, so they will need a place here,” added Burrell. “It wouldn’t surprise me if they bought a place in the United States.”

Princess Diana arrives at the Royal Geographical Society in London for a speech on the dangers of landmines throughout the world on June 12, 1997. (Photo by REUTERS/Ian Waldie)

Burrell pointed out Markle, a former American actress, has been treated unfairly by the tabloids since becoming a member of the British royal family when she married Harry in May 2018.

“I just feel we should give them space to develop as a young family and as a newlywed couple,” he explained. “She’s only been married to him for a year. She’s a newlywed. She’s a wife, a mother, a royal — all in one year — as well as being embraced by a family who is renowned for not having really much love. They’re not used to expressing their emotions… Do we really want to chase two people down the same path [as Diana]?”

Burrell noted that unlike Prince William, who is second in line to the British royal throne, his younger brother Harry is still trying to carve out his own role within the family. Harry is sixth in line after William’s three children: Prince George, Princess Charlotte and Prince Louis.

“William and [his wife] Kate [Middleton], they have a road map in front of them,” said Burrell. “They know exactly where they’re destined. Meghan and Harry don’t. They’re trying to forge their way forward, and I just feel it’s very unfair, as Meghan said, to have so much vitriolic media pointed in your direction. I think it’s really unfair and I think the media should lay off of them, let them live and give then oxygen to develop a young family. Otherwise, we’ll lose them.”

The couple added they will continue to work with the reigning monarch, 93, as well as Harry’s father Prince Charles, as well as the 35-year-old’s older brother William.