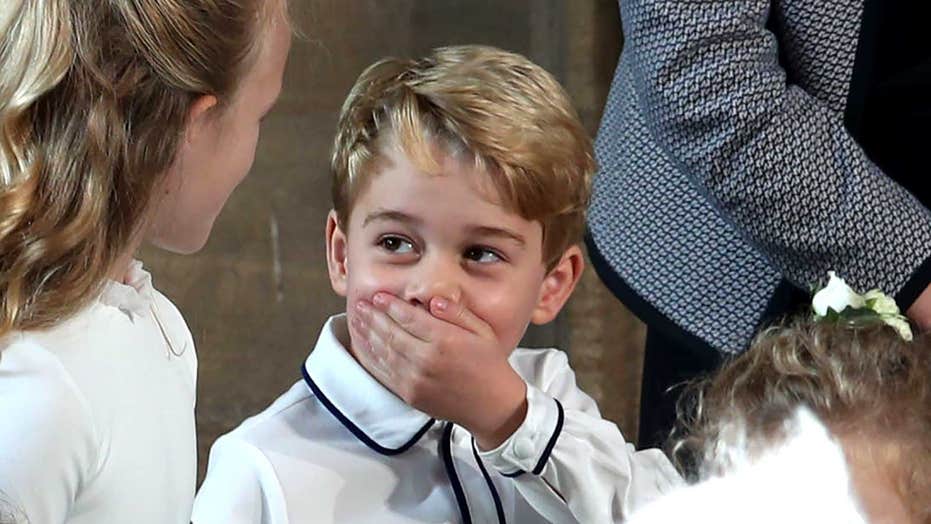 Prince George turns 6 years old today — and in that short time he's managed to capture the hearts of millions across the globe.

The first child of Prince William and Kate Middleton is third in line to the British throne and he has already had his fair share of spotlight. From high-profile meetings with world leaders to quality time with his family, George manages to attract attention wherever he goes.

Here are several times where the future king made our collective hearts melt.

FUN IN THE SUN

This picture was taken at a charity polo match attended by the royal family in June 2018.

George is seen playing with his sister, Princess Charlotte, on the edge of the polo field, and it's one of many images that capture his more energetic side.

This picture, posted to the official Kensington Palace Instagram page, shows George and Charlotte dipping their toes in a pond back in May.

The little royals' parents, the Duke and Duchess of Cambridge, were attending the Chelsea Flower Show's "Back to Nature Garden," which supports Kate's advocacy for outdoor activity and nature preservation.

PRINCE GEORGE HAS ADORABLE NICKNAME FROM HIS FRIENDS AT SCHOOL, REPORT SAYS

READY FOR HIS CLOSE-UP

This endearing picture was taken one year ago, shortly before George's fifth birthday, when the royal family came together for the christening of his then-newborn brother, Louis.

In response to the image, some followers of the family noted George's stronger-than-usual resemblance to his grandmother, Queen Elizabeth II.

This family photo was taken in early 2017, showcasing the Duke and Duchess of Cambridge with their two children.

In this picture, George's blonde hair is especially radiant, as he is seen clutching the hand of his father, Prince William, while wearing a striped blue dress shirt to match the rest of the family's color scheme.

The then 4-year-old's rite of passage, which happened back in September 2017, was greeted by members of the press, eager to catch George on his first day of kindergarten.

This photo shows George in his dark blue and red school uniform, escorted by his father, Prince William.

In these series of photos taken in 2017, Prince William and Duchess Kate board a helicopter in Poland — with George and Charlotte appearing to be very excited about the ride.

In one photo, George is shown being especially wholesome with both hands pressed to his cheeks as he steps into the vehicle.

This picture, posted on Father's Day 2017 to the official Kensington Palace Instagram, honors two generations of royal men with the top half being a throwback image to a young William and Harry posing alongside their father, Prince Charles.

The bottom half showcases how far William has come since those days, with his own son sporting a similarly striking blonde haircut.

One of George's first royal pictures came early in his life when he was photographed as an infant while being held by his father, Prince William, as the family departed Wellington, New Zealand.

Prince George of Cambridge plays with bubbles at a children's party for Military families during the Royal Tour of Canada on Sept. 29, 2016 in Victoria, Canada. (Chris Jackson - Pool/Getty Images)

During a trip to Canada in September 2016, the Duke and Duchess of Cambridge attended a garden party for military families in British Columbia, which allowed George and Charlotte to mingle with many other children.

The fun-filled day involved Charlotte happily playing with balloons, and George staring in awe at the bubbles. Of course, the Internet went wild over this image.

And in case you were wondering, there's a video too.

According to Vogue, Prince George's sixth birthday will include a party at Kensington Palace, complete with close friends, a bouncy castle, and a magician.

The royal family will reportedly release official photos from the celebration, which means it's only a matter of time before we see more adorable moments from George in the future.