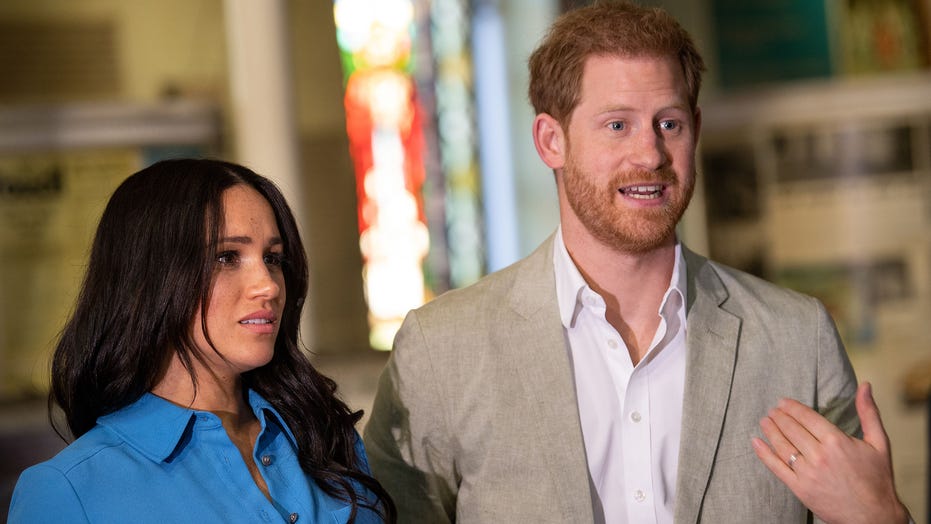 Celebrities took to social media on Wednesday to express that they were just as shocked as the rest of the world when Prince Harry and Meghan Markle made their historic announcement.

The Duke and Duchess of Sussex announced Wednesday that they’re planning to “step back as ‘senior’ members of the Royal Family” in order to become “financially independent” and focus on other ventures that are important to them.

The news comes after years of people in Hollywood commenting on and sometimes adoring the royal couple. As a result, the news was met with plenty of reactions from stars such as Amy Schumer, who took to Instagram to joke that she and husband Chris Fischer are mirroring the royal couple’s trajectory.

“Chris and I are formally stepping down from our royal duties. We appreciate your support,” she wrote over and image of him pushing her on the beach.

“The Good Place” star Jameela Jamil took to Twitter to praise the royal couple for their decision.

"And that folks, is what power looks like," she wrote.

When someone noted that they'd like the TV series "The Crown" to depict the Harry and Meghan story in Season 4, director Ava DuVernay noted that she would be willing to helm it.

"Whether the Queen likes it or not, #Megxit has begun and Prince Harry and Meghan Markle are ALREADY making changes!" he wrote.

Bette Midler commented on the "sad story," writing: "They hounded and bullied her until it was no longer tenable to stay, just like Diana. They'll never learn until it hits them in the wallet.  I hope she bankrupts them all."

Meanwhile, Piers Morgan seemed very upset with the royal couple, writing: "No. She’s breaking up our royal family after fleecing the public purse. As a taxpayer, and a Monarchist, I’m entitled to take a rather dim view of this."

Despite the many celebrities sending the couple their support or grievances, "The Daily Show" managed to make light of the situation by posting a fake ad for the couple to join its staff.

Reality star Jack Osbourne also got in on the fun and issued a personal plea to Harry via Twitter on Thursday acknowledging that the prince's family drama has nothing on the kissing and making up the Osbournes have been doing for decades, writing: "Listen Prince Harry, if I can survive my family, you can survive yours."