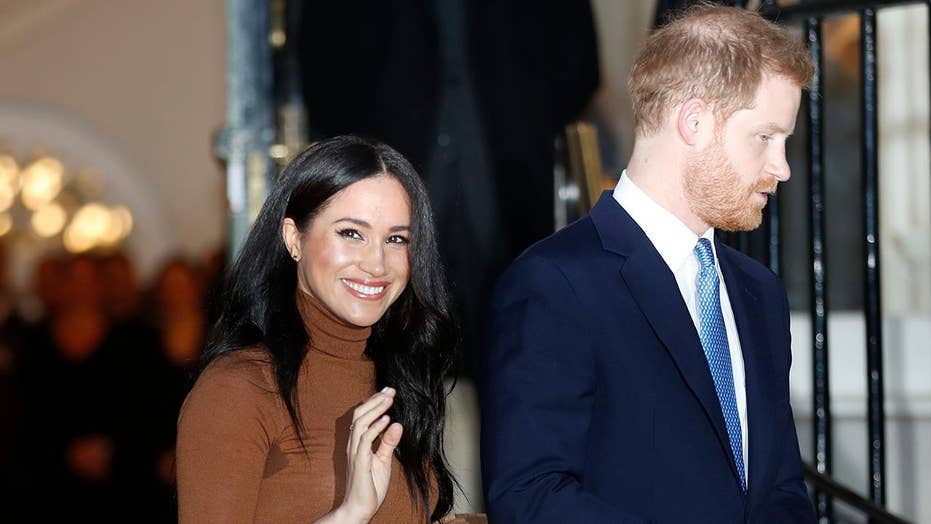 Kate Middleton turns the big 3-8 on Jan. 9, but these days the Duchess of Cambridge may be more focused on what the future holds for her.

The British royal is married to Prince William, who is second in line to the throne, under his father, Prince Charles. The couple share three children: Prince George, Princess Charlotte and Prince Louis. When William, 37, eventually takes over the throne, Middleton will earn the official title of Queen Consort because she wasn’t born into the family, but rather married into it.

Author Leslie Carroll, who wrote the book “Royal Romances,” told Fox News Middleton has won the approval of the people over the years, proving herself to be a “polished and poised” duchess.

“She grew into the role of the royal bride, having been William’s girlfriend for nearly a decade,” she explained. “Now that she has been a duchess for nearly the same amount of time, we’ve gotten a good look at who she is as a royal and what’s important.”

“Being a wife and mother… is clearly front and center, and one day as the Queen Consort she will play that maternal role... to Great Britain,” she continued. “Catherine did everything expected of the perfect royal spouse by bearing an heir (and two ‘spares’) in quick succession, gamely (and publicly) coping with hyperemesis gravidarum throughout her pregnancies; and comes across as the model mother. But for all those who feel pressed to keep up with her images of perfection, Kate has also been extremely candid (which is very modern for a royal) about the emotional and mental stigmas that mothers often cope with.”

London-based royal commentator Neil Sean also believes Middleton has become one of the most beloved royals of the family and continues to be an inspiration for her no-nonsense approach to motherhood, despite her high-profile status.

“As Kate, or rather the Duchess of Cambridge, hits the ripe age of 38 this year, there is a lot to be proud of and what she has truly achieved within the royal family,” he explained. “Not only has she created a loving home for future King William and has three adorable children, but the last two years have seen Kate really place her firm fashionable stiletto heel within the royal family known as The Firm."

Sean suspected Middleton may have been encouraged to further make her mark as a royal after the family welcomed their newest duchess: Meghan Markle. The former American actress became the Duchess of Sussex when she married Prince Harry, Prince William’s younger brother, in May 2018. A year later, the couple welcomed a son named Archie Harrison Mountbatten-Windsor.

“What I have seen is a more confident person while meeting the public and at public speaking events,” Sean pointed out. “She has just got more together and in a way, Meghan has a lot to do with that because while both ladies are not natural friends, they can assist in the evolution of both their separate roles.”

“I think slow and steady can be applied to Catherine as she takes on more engagements as two of the three kids are in school,” she explained. “The queen certainly has confidence in her as Catherine now has the Royal Family Order and the Royal Victorian Order. Both are personal gifts from the Sovereign.”

MEGHAN MARKLE, KATE MIDDLETON ARE UNDER ‘PRESSURE’ TO ‘SAVE THE ROYAL FAMILY,' INSIDER CLAIMS

According to Sean, Middleton has been especially influential behind palace walls. When rumors of a reported rift occurred between William and Harry, he said it was Middleton who came forward as a peacemaker in hopes the families can thrive together.

“Kate also has been a great help in building bridges between Harry and William, allowing them to have brother[ly] feuds, but then stepping in and playing peacemaker when it’s needed, again, something she would not have dared done a few years back, which shows just how far and how much she is now trusted within the royal inner circle.

“Kate has also won over the British people with her ‘quiet dignity’ and not pushing her causes through self-promotion and media hype. She has many requests for media interviews, but turns them all down, preferring her quiet charity work to speak for itself.”

Prince William and Kate Middleton on their wedding day. (Reuters)

KATE MIDDLETON, PRINCE WILLIAM ‘ARE BEING PREPARED EVERY DAY’ FOR THE THRONE AS ‘A GREAT DOUBLE ACT': REPORT

As for what 2020 holds for Middleton? Sean insisted we shouldn’t rule out the possibility of her family to expand once more.

“… She has always quietly stated she would have loved two boys and two girls,” he claimed. “She has achieved so much already, [but] could 2020 be the year we see yet another royal pregnancy announcement?”

According to Carroll, Middleton and William will continue to work together in modernizing the British royal family, while also respecting its centuries-old traditions that have survived time.

“Kate and William seem to seamlessly combine tradition with modernity and in an increasingly uncertain political climate when it’s hard to predict what Britain will look like a few decades,” she said. “It's calming and comforting to know that a Queen Catherine (and King William) will, in the best way, represent the monarchy to those who would like to believe that ‘there will always be an England.’”