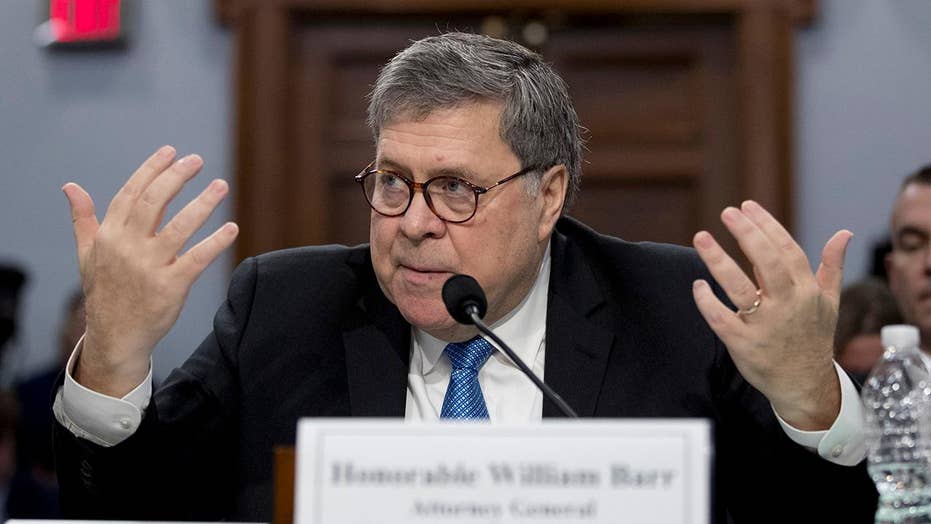 With the Justice Department yet to release Special Counsel Robert Mueller's report on his Russia election meddling probe, Democrats and the media were already voicing doubt about the attorney general's claim that Mueller had insufficient evidence to show Kremlin collusion with Donald Trump's presidential campaign.

Anchors on both CNN and MSNBC suggested, for instance, that Barr had either engaged in a cover-up or turned himself into an untrustworthy political actor. Newsbusters.org, a conservative media watchdog, compiled a montage of the media's jabs at Barr.

“It’s almost impossible now to not see [Barr] as a political actor, given where we are headed, given the flimsiness of the explanations, given the lengths to which he seems to be going to protect the president," Heilemann said after Barr's controversial testimony earlier this month.

Wallace compared Barr to Roy Cohn, former Sen. Joseph McCarthy's chief counsel, who assisted in the infamous investigations into communism in Hollywood. In a unanimous decision, a five-judge panel on the Appellate Division of the New York State Supreme Court disbarred Cohn in 1986.

According to Newsbusters, others on MSNBC and CNN claimed Barr was inventing facts, doing "Trump's dirty work" and tearing down the law he was sworn to protect.

NBC News anchor Chuck Todd flat-out accused the administration of engaging in "actual collusion" after a report revealed that Justice Department officials had briefed the White House on the report's conclusions.

The Justice Department is expected to release a more than 300-page, redacted version of the Mueller report, which CNN dubbed Barr's "version," on Thursday.