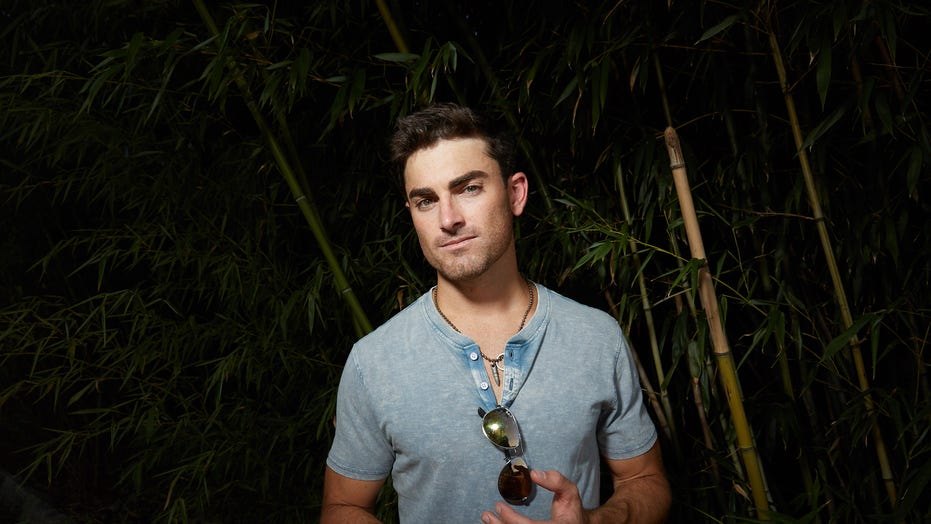 Cody Webb has been surrounded by music all his life -- and in 2016, the South Carolina-native debuted his first single, "She’s Carolina."

He has co-written Luke Combs' tune "Memories Are Made Of" alongside Combs and Ray Fulcher, and has opened for artists including LOCASH and Cole Swindell. Currently, the multi-platinum-selling songwriter is focused on his newest song, "Jon Boat."

Webb spoke to Fox News about his rising career, becoming a first-time father and how he spends his time when he's not onstage.

Here are five things to know about the country music singer-songwriter:

1. He has a degree in mechanical engineering, but country music has always been his passion.

"Since I was a kid, my dad always wrote songs and played with local bands," Webb explained to us. "My mom was the music minister at the Baptist Church in the small town of 800 people that I grew up in.  I was surrounded by music from a young age.  I picked up the guitar when I was eight or nine and took a few lessons.  By the time I was 12, I was playing with my dad’s band at local festivals and practicing with them every Sunday afternoon.

He continued: "Throughout high school, my dad and I played duo acoustic shows at local bars and parties.  When I went to Clemson, I fell in love with Eric Church’s first two records.  I began writing more and really got more into country.  I played downtown Clemson every chance I got, then I started visiting Nashville my senior year.  Even though I majored in mechanical engineering, I always knew I wanted to give music a shot. It was definitely a crazy balance through college."

2. His new song, "Jon Boat," is about a real-life experience growing up on Lake Murray, S.C.

"One time we had about 10 people piled into my buddy’s five-person boat, having a big time on the lake," he recalled. "A nice cabin cruiserlike-yacht came by. We waved at them just like we wave at everyone on the lake, but they gave us a look I’ll never forget, like we weren’t good enough to get a wave back.  One of my buddies went off on them, saying, 'Y’all’s boat might cost more money, but this boat has more fun!'

I couldn’t be more excited to finally have “Jon Boat” and the music video out!"

3. He would love to sell out a venue in his home state.

"This may sound crazy, but it’s just the whole experience," he shared of his ultimate dream. "Being able to make a living playing music is honestly more than I could ever ask for. There’s no specific place, but I think selling out an amphitheater or large venue in South Carolina where I grew up and seeing a sea of people singing every word to a song I wrote would sort of be the ultimate goal.

"It’s so rewarding when people’s lives are changed for the better because of a song I wrote," Webb admitted.

4. When he's not working, he's spending quality time with his wife, Hayley, and their 5-month-old daughter, Josie.

"With such a busy schedule these days, time is limited with my girls," he explained. "When I do get a couple of days off the road, it’s awesome to get to go on family adventures.

KANE BROWN IS 'SUPER EXCITED' TO BE A FIRST-TIME FATHER

"Other than family, I love anything outdoors.  I bass fish on a pond every chance I can get away, or in a deer stand in the fall and winter when I can find the time."

5. Being a first-time father has cemented his faith.

"Becoming a dad is hands down the coolest thing that’s ever happened to me," he shared. "I feel like people have told me my whole life 'there’s nothing like it' and 'you never knew you could love like this until you have a child,' but I really had no idea.

"I find myself showing people pictures and talking about Josie," Webb confessed. "Then I’ll think back to before I had a child, when someone used to tell me about their kid like 'look at them walking or saying their first word,' I’d think to myself every kid does that. But now, I’m just in love with everything Josie does, and it’s so cool to watch her grow up.

"It really is amazing and for me, it just makes my faith in God even stronger. Truly a miracle."