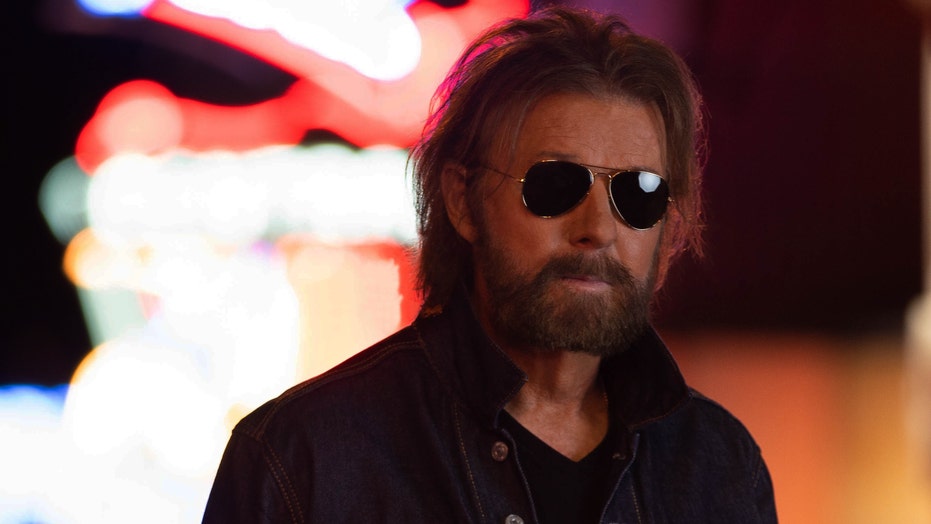 Ronnie Dunn is bringing his iconic style to some of his favorite country and rock music hits in a new solo album.

“RE-DUNN,” the crooner’s fourth solo album, is a 24-song project that will feature covers that have significant meaning to Dunn and have been instrumental in shaping his life and career along the way.

The second half of the legendary Brooks & Dunn country duo spoke with Fox News and provided insight into the album’s culmination, which Dunn said carried a heavy emphasis on streaming.

“Finally, I think the music business is trying to realize that they, maybe, milked all they can out of the profit ratio side of CDs and are moving toward one or a couple of centralized mechanisms that they can control so to speak. We'll see. That would be under the streaming umbrella,” Dunn said of the idea to create a different type of album.

“A label executive came to me a few months ago and I blew him off at first,” Dunn added. “He said, 'What do you think about doing like, three, maybe four songs of classic rock songs or songs out of the Brooks and Dunn-era that your fans would have listened to when they weren't listening to country?'”

Every four weeks, two new singles from "RE-DUNN" (one country and one rock) will be released leading up to the album’s launch in January 2020. (Ronnie Dunn)

Dunn said he immediately knew which tracks he wanted to include in the mix as he already had a playlist on his computer filled to the gills with the era-appropriate cuts he enjoyed the most.

“I just opened it up and cherry-picked 12 or 13, I guess you could categorize them as classic rock songs, and I picked three songs to experiment with and doing it with the guys in the studio,” he said. “A lot of the guys right here have played on some of those records or with some of those bands and it snowballed and suddenly the label guy disappears because I think he's realized he's lost control of the session and it went from three to 24 [songs] in just a matter of days.”

He continued: “The next thing I know, I'm meeting with the label going, 'You know what, I think I'm not going to ask you to pay for this. In fact, why don't you just let me have it and I will just go until I run out of money or whatever. We're dedicated to any project, and the next thing I know we're getting ready to do the contracts and set up with all the streaming entities and my attorneys call and said, 'Look, you're crazy to not try and at least put a few of these out.”

The 28-time Academy of Country Music Award winner said his process of selecting which records to play is simple. “You know, it's just gut feel,” he said. “I mean, I just let my unbridled artist do its deal and see what happens. Nine times out of 10, it's a train wreck – every now and then it hits and this one felt like it hit.”

Country legend Ronnie Dunn's newest solo album "RE-DUNN" will feature covers of country and rock songs that all have deep meaning to Dunn and have shaped his life and career along the way. (Steven Martine)

Dunn explained that he expects criticism from detractors who balk at the idea of a country singer covering rock 'n' roll records, but said the songs he is recording are already massively successful, so he is not concerned about unwritten rules.

“I love every song on here. That has nothing to do with me being a part of it. It's just that I love these songs,” said Dunn. “They're already massive hits – that's good and bad at the same time because I'm sure I'll be crushed by some critics for trying to take these songs on, and especially on the rock side. But I just kind of don't care, you know. I had too much fun doing it. It's the most fun I've ever had on a project. I'm sure everybody says that after they come out of the studio with a record, but this really is.”

Each of the 24 songs Dunn is reprising was hand-picked by the 15-time Country Music Association Award-winning artist and each carry with it a special moment that Dunn said makes the song a personal standout.

“There is always that dynamic of where were you when you first heard this song or what was going on in your life when this song played, and we could play that game all day long with every song on here,” said Dunn. “So that had a lot to do with it.

“‘Wonderful Tonight,' I had buddies in Tulsa who were in Eric's [Clapton] band back in the day and they were involved with recording that,” Dunn recalled. “I remember him talking about it and that's the reason I picked it.”

Dunn said recording this album was the “most fun” he’s ever had on a project and touted the unconventional process of having a studio room full of contributors each with creative input or simply there for the ambiance, as a different dynamic that he found refreshing.

“The players that I worked with, I think it's really a lot of fun if and when you can get these guys both motivated and fired up about a project and doing stuff,” said Dunn. “There is a room full of producers when that happens – they all have input. They'll step up and go, 'Well, this is just not another session. We're not just playing songs for some producer doing records.”

The two-time Grammy Award winner said he was just excited about being around a group of folks who loved to produce and make great music and said many of the recording sessions felt like old-school jam sessions.

Kix Brooks, left, and Ronnie Dunn of the country music duo Brooks &amp; Dunn, talk about their decision to stop performing together as they answer questions from the audience during a television taping in Nashville, Tenn., on Aug. 12, 2009. (AP Photo/Mark Humphrey)

“They wouldn't leave once we started. Usually, they'll cut a song or two and they'll all go out to the lounge or something and hang out and they'll come back, a few more minutes and you call 'em back to cut another one or whatever, but everybody flooded into the control room and it was like it was chaos in there,” Dunn recollected.

“One guy is telling stories about how his uncle was in on the mixing of the 10cc song, 'I'm Not In Love,' so all that stuff is going on at the same time and it's really a blast. It's like, if there is any way that you can create that environment every day to cut a record, I would say that's the perfect way to do it.”

A recent inductee into the Songwriter’s Hall of Fame, Dunn can now add one more accolade to his jacket. He and his crooning partner Kix Brooks will be inducted into Country Music Hall of Fame in October, an honor Dunn said he still can’t wrap his head around.

“Kix [Brooks] and I were in a meeting in my barn, but it was storming like mad and two women came up, then they came in and I didn't recognize them – Kix knew them from, I guess the Hall of Fame and our manager was there,” Dunn explained of the moment he and Brooks received news their country music legacy would be cemented forever. “And, I'm thinking well, how odd, you didn't say anything about anyone coming over and Clarence, my manager stopped and he said, 'Hey, why don't y'all tell the guys what you're here for,' And I'm still going, 'I don't know who or where they're from,” he joked.

“It was storming like mad – so first of all, I'm thinking they probably had to swim back here,” quipped Dunn. “And they said, 'Well, we're just here to let you know that you're being inducted into the Country Music Hall of Fame in October,' and I was numb.”

He continued: “Then there was a long pause – a moment of silence and I think they were obviously waiting to see what the reaction was going to be, you know. And both Kix and I just looked at one another, then looked away and kind of went, 'Oh, wow – cool.' We didn't know what to say. I still don't know what to say. You know, this was a month or two ago and now that the official induction is in October, I don't know what I'm going to say.”

Dunn joked that while he has an innate ability to write and record hit songs, he “can’t put a sentence together when I’m talking.”

“I'll be out walking around or something somewhere and I'll keep it low when I'm writing stuff down, but I don't know,” said Dunn. “Kix is like – I call him the Churchill of country music, he's a great orator. It's gonna be politically correct and right down the pike, he's gonna hit all the bullet points, it's gonna be perfect and I'm going to stumble through it and I don't know what I'll do.”

Dunn released his new cover of George Strait’s “Amarillo by Morning” as well as "Long Cool Woman (In a Black Dress)" on Friday. The singer and photographer will release two new singles every four weeks (one country and one rock) leading up to the album’s launch in January 2020.