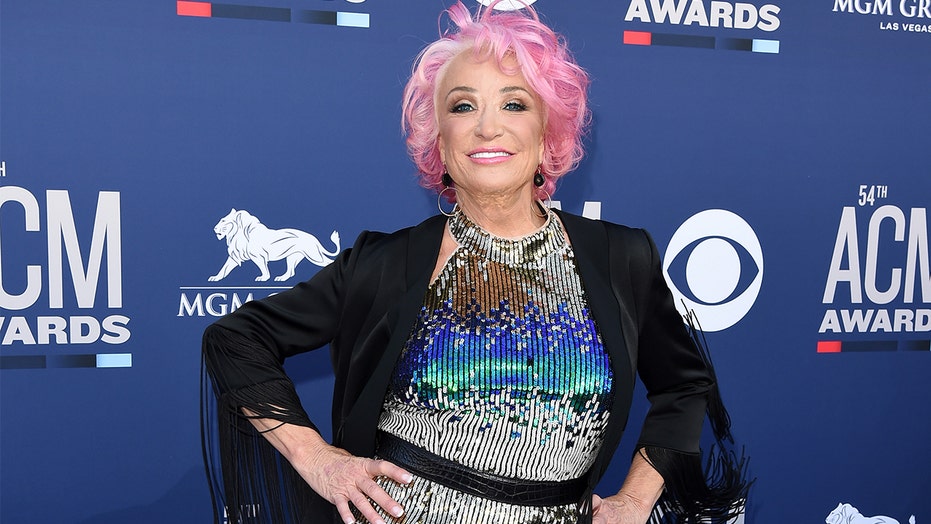 Following in their footsteps!

Country music superstars are coming together to help guide the next generation of artists to success.

As part of Cracker Barrel's "Five Decades, One Voice" program, iconic singer-songwriters have teamed up with emerging female artists to celebrate, support and empower women in the genre through an exclusive compilation album -- which will include songs handpicked by the Five Decades, One Voice artists, benefit the non-profit She Is the Music and will be sold exclusively at Cracker Barrel -- as well as an all-female in-store playlist that guests will enjoy in every Cracker Barrel location during the month of September.

Fox News got a first look at Tenille Townes' reimagined version -- featuring Carlile -- of Tucker's classic "Delta Dawn"  and spoke with the ladies about the initiative and their country music careers.

FOX NEWS: For those who may not be familiar with your story – can you talk a little about the hard work you've put in during your career to get to this point?

TENILLE TOWNES: I am so grateful to get to do something I love so much. I've been singing songs since I was a little kid, playing wherever I could in my little community, and starting writing songs at 14 when my grandparents gave me my very first guitar. I made my first trip to Nashville shortly after that and kept coming back as much as my parents would let me skip school! Five years ago, my dad helped me make the move in my Tacoma truck for the 45-hour drive from Grande Prairie, Alberta, to Nashville. Showing up in this town, being surrounded by creativity, fellow minded spirits and songwriting heroes was fuel for me to want to wake up every day to search for what I wanted to say as an artist and to find my voice. It's a crazy thing right now to look around at this beginning season, and realize I'm walking out the things that I dreamed about as that little kid, singing along to all my favorite records from the back seat.

FOX NEWS: What was a career-defining moment for you where something happened and you knew it would alter the trajectory of your career forever?

TOWNES: At 9 years old, I held a sign at a Shania Twain concert, wearing a costume my mom glue-gunned to look like her Miami concert DVD, and I sang every word at the top of my lungs to that show having the time of my life. She came around about an hour into the concert, took my hand and pulled me on stage with her as a completely random thing, and that was the night I knew this was all I wanted to do. I looked out into the black curtain of lights with 18,000 people behind it, standing on that stage next to my hero, and it lit a fire in me I can't wait to pay forward to a 9-year-old kid at a sold-out arena show someday.

FOX NEWS:  You were named a CMT Next Women of Country class member in 2019 – how much did that mean to you as a young artist?

TOWNES: It means so much to be a part of this music community. To be recognized and invited to have a seat at the table is a great honor. In this beginning season, I'm so thankful to have the opportunity to follow in the footsteps of so many artists I've looked up to, and hope to get to pay forward this feeling of being welcomed someday down the road.

FOX NEWS: What’s it like to tour with a country superstar as revered as a Dierks Bentley? What were the challenges associated with that?

TOWNES: Dierks Bentley is incredible and I'm having the time of my life on this tour. It meant so much to have him invite me to be a part of this whole tour this year in this season of my path. Having a front-row seat to watch and learn from him, on and off the stage, is something I know I'm always going to remember and look back on. He's an insanely hard worker and has created a culture in his whole team that has made us feel so welcome. Dierks has been inviting me on stage to sing "Different for Girls" with him, and he's always so kind and encouraging introducing me, and talks about lifting up female voices from the stage every night. He's an amazing entertainer and more than that, a really cool human I'm thankful to know.

FOX NEWS: What’s the most memorable fan interaction you've ever had?

TOWNES: Getting to hear people's stories is one of the most important parts of this to me. I'm grateful I get to hang by the merch stands after the shows, and I consider it a great honor to experience people's courage when they come up to me and tell me about the hard things they are going through in their lives. I've had people tell me about sisters they are missing out there in the streets that "Somebody's Daughter" has made them think of. Or as a nurse seeing emergency patients coming through and thinking differently about their stories because of this song. That means the world to me. That's what I believe music is for, knowing we aren't alone in what we are going through and I have the honor of seeing that first hand when I get to talk to people who are listening out there.

TANYA TUCKER ON HOW PRAYER SAVED HER FROM DEPRESSION

FOX NEWS: Have you ever forgotten the lyrics during a performance?

TOWNES: I definitely have! And it's in those moments when I think you just have to smile at yourself and know that messing up is part of being human. The best part of a song is that it just keeps going and it will carry you along for the ride whatever the words are. HA!  So you just keep going.

FOX NEWS: Why did you choose to join this program with Cracker Barrel?

TOWNES: Being a part of this program with Cracker Barrel is an incredible honor. Standing in that circle singing beside Brandi Carlile and Tanya Tucker, legends of our music community and voices who have greatly inspired me, is something I'll never forget as long as I live. It was a dream to get to share songs and conversations and to be encouraged by heroes of mine coming together for this collaboration. I still can't believe that this happened in real life!

TANYA TUCKER: "Five Decades, One Voice" program is really special because it's bridging all kinds of female artists. Brandi Carlile is the wonder woman behind my new album, "While I'm Livin’," and opened me up to a whole new world of music. It's my first album of new songs in 17 years and I'm really proud of it. She's a connector, just like Cracker Barrel — bringing us all together. Plus, I love how Cracker Barrel serves breakfast morning, noon and night!

FOX NEWS: Tanya, you've been singing since you were a teenager. Was there ever a moment where you were ready to give up? What got you through that?

TUCKER: I've never given up on anything my entire life. Even when I didn't want to or felt like hell, I pulled up my bootstraps and did it. Sure, there were times I was stubborn when I was younger, but my dad always believed in me. When I was a kid, he would ask me "Tanya, do you to be like everyone else or be a star?" Of course, I said I want to be a star and the rest is history. I feel a responsibility to the fans who've supported me, for what seems like, my entire life.

FOX NEWS: What advice would you give aspiring country artists — especially women — who are looking to break into the industry?

TUCKER: There are so many voices out there but there are only a few stylists. You have to be yourself and ignore all the noise. When I was getting into this business, we had to play, be heard and be seen everywhere we possibly could. I think that's still important. You have to get out there and play every gig you can. Practice makes perfect. Plus, social media has changed everything, so get on there and sing, perform and connect with those fans.

FOX NEWS: You've been named one of the greatest 100 country artists of all time. What does that mean to you?

TUCKER: Well that’s really sweet. I never think about those things. My greatest accomplishments are my kids, Grayson, Presley and Layla. They're all pursuing their own musical ambitions, and I'm so very proud of each of them.

FOX NEWS: Do you have any career goals left that you wish to accomplish?

TUCKER: I wake up with a new to-do list every day! I'm always thinking of something I want to tackle. Recently, I launched Cosa Salvaje Tequila with founder Elle France, so we've set new goals to get the tequila in every retailer and restaurant/bar in the country. I’d also love to have a cafe where dogs are available for adoption when people come in to get their coffee — operated by a shelter or rescue group. I wish I could have a bigger impact on animal abuse - that just makes me sick, whether it’s horses, dogs, zoo animals or anything living. They’re all God’s creatures and should be treated with respect.