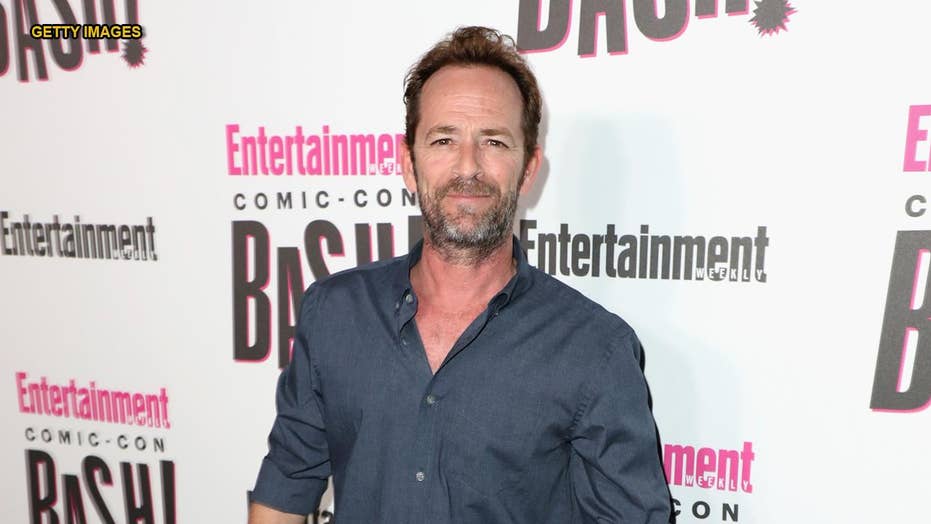 As Hollywood mourns the death of 'Beverly Hills, 90210' and 'Riverdale' star Luke Perry, many of his co-stars and famous friends took to social media to share their condolences. The 52-year-old was remembered as a childhood staple and an overall kind-hearted person, both personally and professionally.

The late actor Luke Perry was buried in an eco-friendly “mushroom burial suit,” one of the former “Beverly Hills, 90210” star’s final wishes, his daughter, Sophie, revealed this week on Instagram.

“In December I went to San Francisco with two of my best friends. One of them had never been to California, so we went to show him the Redwoods. I took this picture while we were there, because I thought, ‘damn, those mushrooms are beautiful.’ Now, mushrooms hold an entirely new meaning for me,” Sophie, 18, began the post.

“Any explanation I give will not do justice to the genius that is the mushroom burial suit, but it is essentially an eco-friendly burial option via mushrooms. All I can say is that you should all look into them at coeio.com or just by googling ‘mushroom burial suit,’” she continued, adding her father, who died in March at the age of 52 after suffering a massive stroke, discovered the suits and “was more excited by this than I have ever seen him."

“He was buried in this suit, one of his final wishes. They are truly a beautiful thing for this beautiful planet, and I want to share it with all of you,” she ended the post. Perry, who was buried in the suit instead of a traditional casket, was laid to rest in Tennessee on March 11, E! News reported at the time.

The burial suits Sophie referenced are made by Coeio, a “green burial company,” according to its website. The $1,500 eco-friendly suits help to “return your body to the earth without harming the environment” the company says.

According to People, the suits, which have “built-in mushrooms and other microorganisms,” help to speed up the body’s decomposition process.

The news comes after Sophie announced earlier this week she raised enough money to fund a new school in Malawi. She named the educational facility after Perry, who was largely remembered by celebrities as a TV icon and “kind person" following his death.