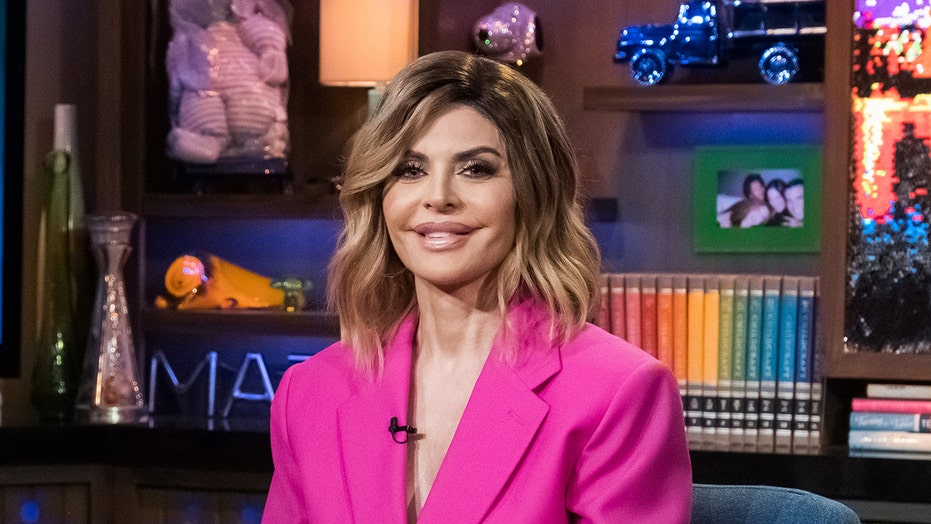 Lisa Rinna is looking back at a much different time in her life.

The 56-year-old "Real Housewives of Beverly Hills" star turned heads on Thursday with a throwback nude photograph from nearly two decades ago when she was pregnant with her daughter Amelia Gray Hamlin.

"JUNE 13," Rinna captioned the smiling pic, which is altered with a pink heart placed over her exposed breast.

The post is in honor of her youngest daughter's upcoming birthday. Amelia will turn 19 on Saturday.

While a lot has changed for Rinna since the nude pic was taken, she's still sporting her signature brunette hairstyle.

Rinna's pals reacted to the photo to compliment her frame ahead of delivering her second child.

"You are so pretty in and out. You were so lovely at the December party I went to with Adrienne M at Doritos house," Bravo star Marysol Patton commented.

Amelia also commented underneath the photo in response to being tagged as Rinna's belly.

"Um I'm pretty sure that's Delilah and not me," Amelia said, referencing her big sister.

"It is you! Period," Rinna replied.

Rinna has been married to Harry Hamlin since 1997. They share both Delilah, 22, and Amelia, 18. Hamlin also has another child, a son named Dmitri, with actress Ursula Andress.