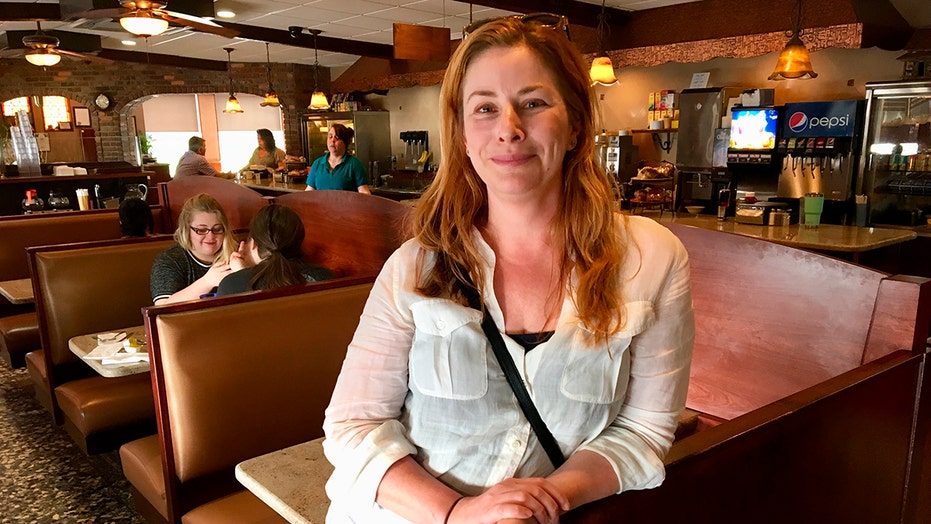 Diane Neal's nightmare-turned-reality story is like an episode straight out of "Law and Order: SVU."

The former "Law and Order: SVU" star says her magician ex-boyfriend JB Benn is a con artist who physically and sexually abused her, impersonated her over email and text messages to friends and colleagues, and harmed her pets.

Neal, 43, who played the role of prosecutor Casey Novak in "Law and Order: SVU" for 11 years, said in an amended complaint to a lawsuit filed Wednesday that Benn is a "manipulative and maniacal fraudster," according to Daily Mail.

The accusations went on to claim that Benn, 44, pushed her out of a $529,900 home she partly paid for. Her claim stated: "At the time, the parties agreed that Benn initially would take title of the property under his name alone in order to avoid complicating issues related to Neal's divorce, then add Neal to the title once those issues were resolved."

The documentations from the nearly two-year-long lawsuit showed that the actress stated that her ex “defrauded her of millions” and “violently inflicted emotional distress” on her via “a campaign of isolation, terror and (physical and sexual) assault, and destroyed her reputation by doing so,” according to the Daily Beast.

“I’m so upset because it’s the first time that anyone has raised a hand to me … and it wasn’t a hand by the way. He never uses his hands. He kicks,” she revealed to the Daily Beast.

Neal claims Benn violently assaulted her by repeatedly kicking her, leaving her bruised on the floor, her amended complaint said in August 2017. She revealed that after she pleaded with Benn to leave, he refused and spent the night in the driveway “to prevent her from fleeing.”

She also claims that on Thanksgiving 2017 he offered to drive her to her friend’s house, convinced her to take a muscle relaxant and then “refused to drive Neal to the gathering … after a brief verbal argument, Benn again attacked Neal again kicking her until she was black and blue.”

Neal says the magician "slashed her toy poodle’s throat and blamed it on a cat." She also claimed that he “bragged that he ‘bashed the cat’s brains in.'” According to the Daily Beast, she revealed that her cat disappeared while it was nursing kittens.

On top of the claims of abuse, Neal claims she found out that Benn was spending her money and stealing it from her. Neal revealed that she found "documents in Benn’s home office showing that he fraudulently transferred money from her bank account, stole her personal checks, and used her credit card accounts to pay for his personal expenses," according to Page Six.

Diane Neal poses at a diner Wednesday, May 2, 2018, during an interview in Kingston, N.Y., discussing her campaign for the 19th congressional district. The former "Law and Order" actress is seeking a new gig as representative of a sprawling congressional district in upstate New York.(AP Photo/Mary Esch)

Benn and Neal, who met in December 2013 at Robert F. Kennedy Jr.'s annual Deer Valley Celebrity SkiFest fundraiser, moved in together after two months of dating.

“It was romantic,” Neal recalled to the Daily Beast. “It was a different kind of romance. It wasn’t like hot-fire passion. But it was sweet, and it was simple.”

According to the lawsuit, a few days after Neal broke up with Benn in March 2018, she awoke to Benn sexually assaulting her while seemingly recording the act on his phone.

Benn said in an earlier rebuttal that the accusation of sexual assault is "completely false and outrageously interposed as a tactic to cloud the fact that, on the merits, [Neal] has no entitlement to the relief she seeks," reported the Daily Mail.

He also said that Neal “will say whatever she believes is necessary to gain sympathy and to support her ongoing vendetta against me,” People said.

“The only thing that [Neal’s] papers prove is that she is so beholden to her anger over our failed relationship that she will swear to anything, without regard to the truth, to paint me in a false light and to try get [sic] from this court what she wants,” Benn allegedly said.

"I fear that as this lawsuit progresses, [Neal's] accusations will grow increasingly outlandish, and will be even less tethered to the supposed matter at issue here—the ownership of the [upstate] property," he continued.

Neal told the Daily Beast that Benn would not relay messages from missed calls with friends and would tell her loved ones she was "suicidal, homicidal, and an alcoholic."

Benn was arrested for misdemeanor stalking after initiated “unwanted contact” with Neal over email and also for driving past her home seven times in 15 minutes while she was in her driveway, Page Six reported.

He also showed up at the Ulster County District Attorneys Office while the actress was there, “causing Neal to fear for her life,” the charging documents state, according to the Daily Beast.

In court on Wednesday, Benn pleaded guilty to disorderly conduct in a deal where he must pay $200 in fines and fees and follow a two-year order of protection put in place for Neal, Page Six wrote.