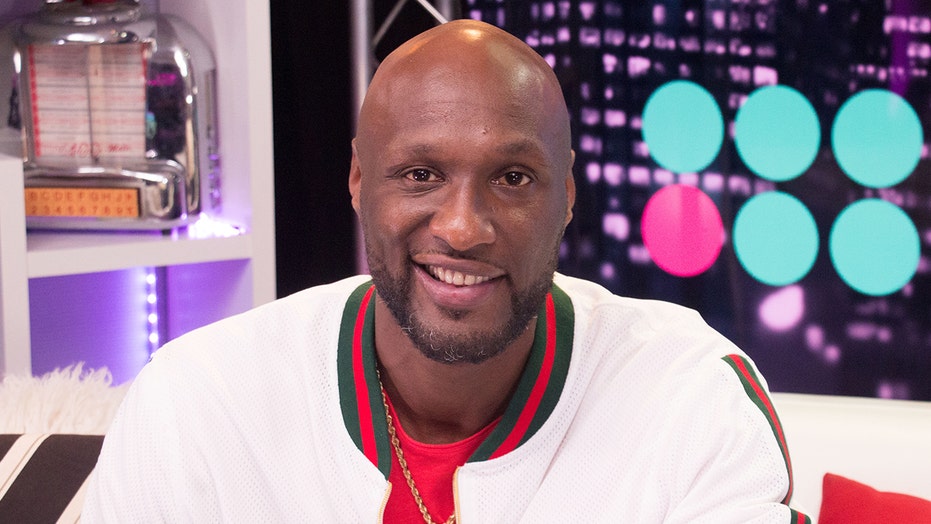 Lamar Odom donned a skullcap during a moment of prayer, while visiting the grave of the Lubavitcher Rebbe Menachem Schneerson in Queens, N.Y. with his two children. Odom shared the moment on social media, saying that Schneerson, who is often referred to as 'The Rebbe,' shared 'a beautiful message of love and kindness to the world.'

Lamar Odom made a public declaration of his conversion to Christianity, thanking Jesus for keeping him alive.

"Nowadays I'm doing the best I can in walking with the Lord," the two-time NBA champion wrote on Instagram earlier this week, thanking the founding pastor of the church, Dr. A.R. Vernon, who led him in prayer. "I got saved at The Word Church this weekend."

LAMAR ODOM SLEPT WITH UP TO 6 WOMEN A WEEK, PAID FOR ‘PLENTY OF ABORTIONS’: BOOK

The recent "Dancing with the Stars" contestant, who nearly died from a drug overdose at a Nevada brothel in 2015 that put him in a coma, added: "I had to show Jesus my appreciation for keeping me alive!"

"Like anyone else, I was just very glad and overwhelmed with all that he's been through...that he realized there's a place in your heart that only God can fill - no championship rings, no woman, no amount of money -- only Christ can fill that place that he designed," Vernon told Fox News. "I think that Lamar has come to that place in his life where he knows what's lasting and eternal. I'm overjoyed for him."

The senior pastor added that he wants everyone to be patient with Odom, like any new believer, it's a process.

"It takes time to become the Christian that I know he wants to be," Vernon said, "and we're committed to helping him find a good local church in the city that he's in and I encouraged him to read the gospels 20 minutes every day and commit himself to Jesus through prayer."

Wearing an orange Cleveland Browns' "Defend the Land" sweatshirt, the 6-foot-10 ex-husband of Khloe Kardashian came up on stage to publicly declare his conversion to Christianity at the church in Cuyahoga County, Ohio.

As the worship band played instrumental music to "Waymaker," the pastor prayed with Odom while he lifted his hands to heaven.

"Y'all praise God for salvation. Brother," Vernon said, before embracing Odom, as the audience cheered.

Odom's personal trainer and girlfriend, Sabrina Parr, stood beside him in a matching hoodie, with tears streaming down her face.

“Nothing better than a man of God! Keeping pushing through life baby!! God willing I’ll be right here by your side!!!!” Parr wrote on Instagram.

He joins other celebrities, like Kanye West, in turning their lives to Jesus this year. Omar also penned a book, "Darkness to Light," candidly sharing his problems as a sex and drug addict, paying for "plenty of abortions," all to "fill a void."

“I wanted to be loved, but I could never find love,” he said.

The 39-year-old, who plans to start a career as a public speaker now, said in interviews that he regretted cheating on Kardashian and lying to her about his addiction to cocaine during their four-year marriage.