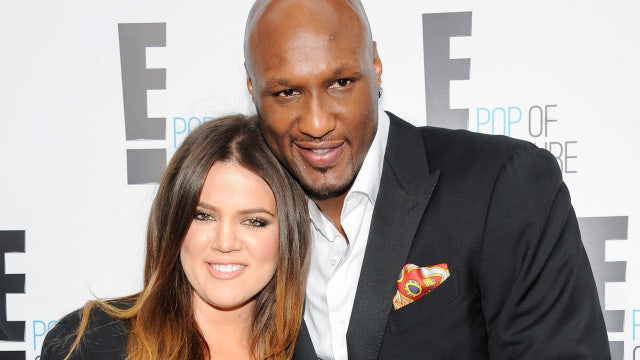 Lamar Odom has been accused of throwing shade at his ex-wife Khloe Kardashian with his latest post about his new girlfriend.

The former NBA basketball player, who split from Kardashian in 2016, took to Instagram to praise his "all natural" woman.

"Scrollin through @getuptoparr page like DAMN!!! My baby is an extremely hard worker," Lamar gushed on Instagram.

"All NATURAL and real from the inside out. God has bought her in my life for me to reach my full potential and that’s to be Great. I got nuttin but Love for this women [sic]."

And fans rushed to compare Sabrina, who was first spotted kissing Lamar at LAX airport in August, to his ex Khloe, with one commenting: "You don’t need make digs at your highly supportive ex in order to compliment your lovely new lady, Lamar."

Another added: "Deffo better the Khloe, her a** paid cash to look like a Barbie."

Meanwhile, Kardashian has never admitted having surgery but has often faced criticism over her "fake" looks.

The reality star, 35, shared a glamorous snap on Instagram and turned the comments off after a series of posts questioning her changing features.

"Is it just me or @khloekardashian did something to her face?????" one fan tweeted.

LAMAR ODOM SLEPT WITH UP TO 6 WOMEN A WEEK, PAID FOR ‘PLENTY OF ABORTIONS’: BOOK

"This is not a hate tweet, I love Koko she’s the realest but there’s really something diff about this selfie of hers."

Another added: "@khloekardashian is soooo pretty!! She look SO amazing and so gorgeous."

Kardashian has been hit by nose job rumors in the past but has previously denied it.

She even went as far as doing a contouring makeup tutorial for her fans in July for Vogue to prove that cosmetics can change the shape of a nose.

Although she's adamant that she's stayed away from the surgeons and it's all an illusion, fans beg to differ and the family's changing faces are alarming.

On having facial fillers, she said she wasn't a fan and wouldn't be having them again. She said: "They did not work for me.

"I looked crazy and I still think the effects are in there. I went to have it all dissolved like, three times."

More recently she backtracked and admitted about plastic surgery: "One day I think I'll get one because I think about it everyday. But I'm scared, so for now it's all about contour."